UK ‘English’ is all sixes and sevens

GO HARD OR GO HOME | I refuse to give in to the taunts. I’ll continue to talk the Australian way, because calling White Out 'Tipp-Ex' is just not cricket. 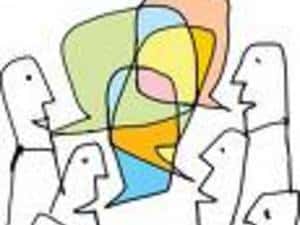 DESPITE living in the UK for almost two years, there are times when I struggle to understand people.

That might seem odd given that this is the home of my native language, the Queen’s tongue. But as anyone who has visited the UK or Europe will know, “English” isn’t always easy to understand.

Accents, naturally, prove to be the biggest barrier, but some colloquialisms also make me scratch my head.

My first job here was as a broadcast media monitor, which meant that every day I was forced to try and transcribe regional radio and television news from all over the UK. I’d listen to each sentence over and over again and in a bid to try and understand what the bloody hell was being said.

While five months in that extremely testing job did go some way to help me get a handle on different UK accents, there are still some I just can’t decipher.

The pub scene is the worst. Everyone’s relaxed, the music is loud and there’s a high chance that alcohol is having an effect.

For example, earlier this month I was introduced to a Scottish guy at a busy, noisy bar. It was a Friday and it was late, so we’d all had a few drinks. After the initial “Hello, I’m…” the conversation went downhill as he began speaking a very different English. I tried my best to listen and interpret what he was saying, but smiling and nodding was all I could do. In my defence, my friend who was standing next to me (who is British, I might add) admitted she could barely understand what he was saying either.

But it’s not just thick accents that throw me; colloquialisms also take time to learn. Some terms, like ‘pants’ (underpants, not trousers) and ‘thong’ (G-string, not footwear), are easy to enough to get the hang of. Other phrases and words are also easy to work out, such as ‘proper’ (“We had a proper meal”), ‘well’ (“It’s well hot”) and ‘brill’ (ie, brilliant), but others are less obvious.

‘Bespoke’ is a word that I see everywhere and for a good six months had no idea what it meant. I now know it means ‘custom made’ or ‘made to order’; for the record.

Other sayings that are likely to throw you off course include: ‘It’s all sixes and sevens’ (something is a mess), ‘She looked poorly’ (she looked unwell/ill) and ‘Let’s get bladdered!’ (let’s get drunk).

Of course, it works both ways. The way I pronounce ‘data’, ‘project’ and ‘yoghurt’ always get a laugh out of my colleagues, while Glad Wrap, Brevilles and bogan are on a whole different level.

But I refuse to give in to the taunts. I’ll continue to talk the Australian way, because calling White Out ‘Tipp-Ex’ is just not cricket.