MAN ABOUT LONDON | So I dived into Tinder - mobile romance for the tech generation. It’s a bit like shopping for a mail order bride, though.

by Ari Goldberg
in Expat Life 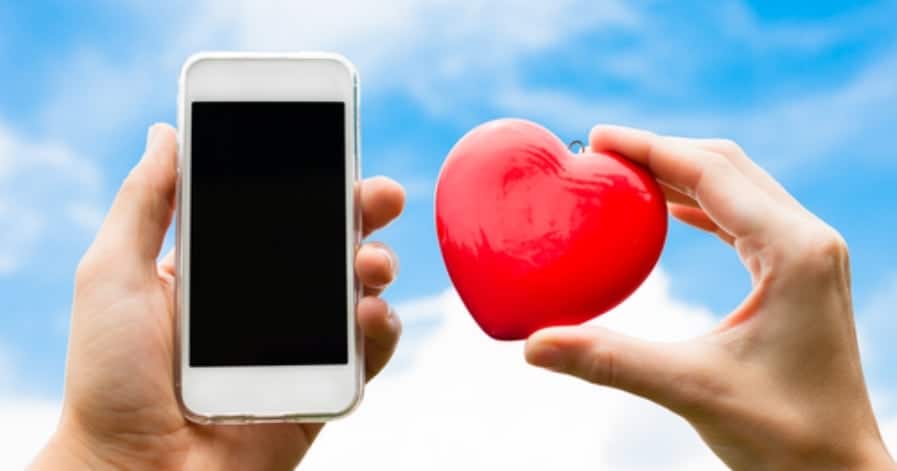 I’ve always been a committed cynic when it comes to the world of online dating. I figured that there must be something profoundly wrong for someone to turn their focus away from the real world in favour of the online one. Since I had enjoyed at least a few success stories without an eHarmony profile, I felt there was no desperate need for me to establish one now.

When it comes to technology – websites, apps, devices, social media etc. – I’ve always found myself at least six months behind the times. Staunch in my views on the necessary and the not so necessary – and as resolutely set in my ways as Carson the butler, from Downton Abbey – it takes me a long time and much persuasion to try out the latest and greatest thing. For instance, I write everything down first with my fountain pen in a Moleskin or on my 1960s typewriter before reluctantly transposing onto computer. Even when everybody who’s anybody was busily building their Facebook profiles, I figured why did I need that when I had Myspace and MSN Messenger? I had never even heard of Snapchat until two weeks ago and my foray into Instagram is still very much in its infancy. However, when I first found out about Tinder, I dived right in.

It was a frigid February evening when I found myself, once again, slumped on the couch with my iPad on my lap, clutching a beer with Doritos-stained fingers. Still relatively new to London and craving some feminine company, my eyes latched on to an article about online dating. In my moment of solitary desperation, the stars aligned, as I read about this application known as Tinder. I was moved by the most basic of instincts to test these uncharted waters for myself.

Over the following months, many a moment of profound boredom would see me scrolling left and right through endless photos of seemingly never-ending women. From early on I wondered whether such a thing would be of any use back in Australia or if a critical mass of willing participants was needed. I have my settings on the tightest of geographical boundaries and an equally limited age bracket yet I’ve never come to a point where there were no more women for me. How wonderful! Surely in the five kilometres around me there are a finite number of single women – not according to Tinder! Am I too much of a pessimist to believe what Tinder is clearly trying to tell me: That London surely is the land of opportunity, the land of plenty? I’m certain that for a bloke in Coober Pedy the Tinder experience is not quite the same and is probably over not long after it begins.

Tinder is strange. In the beginning, I thought the concept was fantastic. Two people only ending up speaking to one another if they’ve both declared an interest in advance seemed a sensible, time-and-effort-saving feature. But what are these women who have ‘liked’ me really approving of? They’ve seen four, very carefully selected photos (yes, I made sure to exclude the shots with the mop top and overgrown beard from my uni days), they know my height and they’ve read through the full six(!) words that I’ve used to describe myself.

When the matches started flooding in – ok, it was more of a steady trickle – it was very gratifying for my ego that these women had found me attractive. I quickly realised though that the entire Tinder experience is not too dissimilar from being in a crowded bar on a Saturday night. Lots of people checking each other out, then trying to beat off the competition to isolate someone’s attention and engage them in flirtatious conversation. With every Tinderer having their attentions divided amongst multiple potential love interests, the atmosphere is not always conducive to having a relationship progress further than the “how do you do’s”.

A mixed bag and mixed emotions

My experience with Tinder has not been an unqualified success. In fact, it’s been a thoroughly mixed-bag. In some cases my matches and I have said hello to each other and not a single word since – which I find infuriating because if you’re not interested, just don’t click ‘like’! I’ve taken some of my matches out for a drink – some on several occasions – and there were a few romantic dinners in there too.

Would I have met these women were it not for Tinder? Probably not. So it does serve a purpose. I just think that the whole experience is a bit shallow; a bit too much like shopping for a mail order bride.

In reality, Tinder is just a digital introductory service. Perhaps if there was a little more scope for understanding just who that person sunning herself on the beach is, it would be more valuable. But then I guess if Tinder did that, it would just like every other online dating service, wouldn’t it?

Ari Goldberg is an Australian ‘Man About London‘; writing every fortnight about living, laughing and loving his new life in the city.

IMAGE: By KieferPix via Shutterstock.com