Plane fare dinkum! Australian athlete Reg Spiers was short of cash in London and so desperately wanted to get home to Australia that he tucked himself into a wooden cargo box for a free flight home. 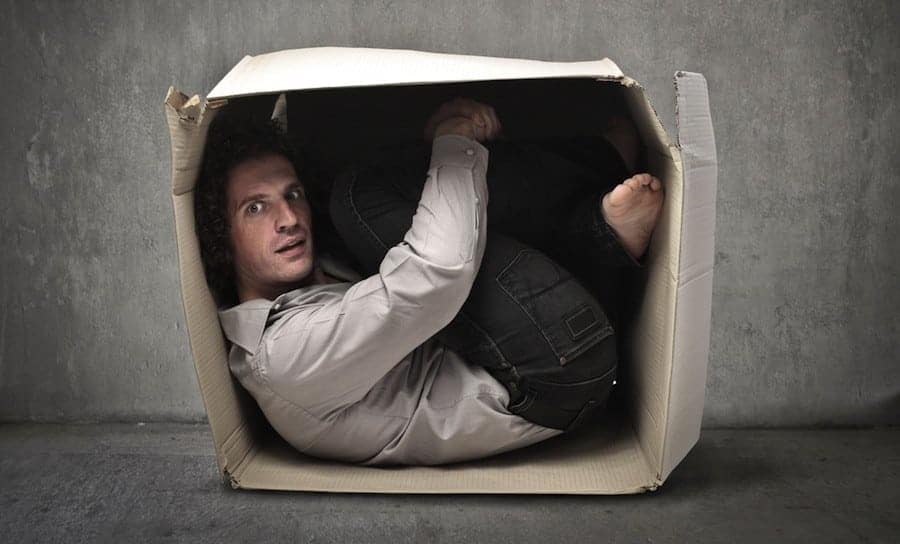 When talented javelin thrower, Reg Spiers went over to the UK to recover from an injury in the hopes of competing in the 1964 Tokyo Olympics, he did not expect to be smuggling himself back home in a box.

When Spiers realised that he wouldn’t be ready for the games, he decided to return to Australia. He worked in the export cargo section at the airport to raise money to pay for a flight.

Although Spiers saved up, his wallet was stolen and he desperately wanted to return home in time for his daughter’s birthday. With no other options, he decided to post himself back to Australia in a wooden crate.

“I just got in the thing and went. What was there to be frightened of? I’m not frightened of the dark so I just sat there,” he told the BBC.

“It’s like when I travel now if I go overseas. There’s the seat. Sit in it, and go.”

Having worked in export, Spiers had seen animals come through plenty of times, and thought to himself, “If they can do it, I can do it”.

His friend, John McSorley, built him a box which was 1.5m by 0.9m by 0.75m for him to be sent back home in. Once inside, Spiers could sit straight-legged, or lie on his back with his knees bent. He could let himself out either end as each end of the crate was held in place by wooden spigots operated from the inside. There were also straps inside to hold him securely in place. Spiers packed a torch, some tinned food, a blanket and a pillow, as well as two plastic bottles – one for water and the other for urine.

The crate was labelled as a load of paint and addressed to a fake Australian shoe company in Perth.

Spiers was aware that the price of the cargo would be more than a plane ticket, but he planned to send himself cash-on-deliver and worry about how to cover the cost when he arrived in Australia.

Along the way, Spiers spent 24 hours delayed in London and en route to Paris he got out to urinate.

“I peed in a can and put it on top of the box. I was stretching my legs and all of a sudden, because it’s a short distance, the plane began to descend. A little panicky I jumped back in the box, and the can full of pee was still sitting on top,” Spiers told the BBC.

The French baggage handlers believed that the English handlers had left them this gift and had some terrible things to say, but did not suspect that anyone was in the box.

In Bombay the baggage handlers turned Spiers’s crate upside down and left it in the sun for four hours.

“It was hot as hell in Bombay so I took off all my clothes,” he said. “Wouldn’t it have been funny if I’d got pinched then?”

He knew he had touched down in Perth when he heard the Australian baggage handlers swearing at the size of his crate.

“I was grinning from ear to ear, but I wasn’t going to let them know I’m there now – I’ve almost pulled the whole thing off.

“I knew they would take the box to a bond shed. When they put me in the shed I got out straight away. There were cartons of beer in there. I don’t drink but I whipped a beer out and had a drink of that.”

After three days of traveling in a crate he managed to find tools in the shed and cut a hole in the wall to get out.

“There was no security. I put on a suit out of my bag so I looked cool, jumped through the window, walked out on to the street and thumbed a ride into town. Simple as that.”

After not hearing any news of Spiers’s safe return, his friend McSorley alerted the media about what had happened. Before long, Spiers had become a local celebrity in Australia.

“I’d never seen anything like it. It scared the hell out of my mother with the whole street blocked with media. And it would go on for weeks. It was pretty wild,” said Spiers.

Spiers made it in time for his daughter’s birthday and he did not have to pay for the shipping fees.

Something like this would never be able to occur today – all cargo loaded onto planes is screened for security reasons. So no, do not give it a go.

IMAGE: Stock image (no, it is not Reg, nor is it his box) via Shutterstock.com/Ollyy