It occurred to me the other day that I have been living with an Australian for far too long. It's not that I don't like Aussies. Just their behaviour starts to become infectious after a while and that isn't good for us proper Brits.

by Raquel Messi
in Expat Life 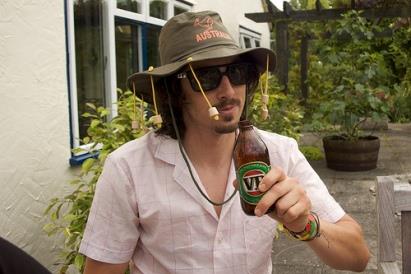 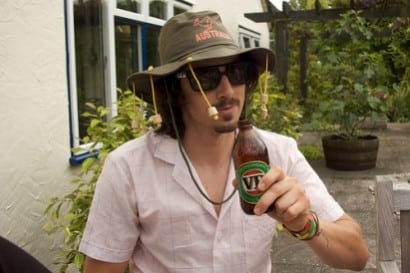 IT OCCURRED to me the other day that I have been living with an Australian for far too long.

This enlightenment came during a recent ‘text conversation’ with a friend regarding a BBQ. I simply requested that he pick up some ‘avo or guac’ and this was plainly ignored due to the fact he simply had no idea what on earth I was talking about.

There is only one logical explanation — my life has gone through an Aussie-fication! Behaviour I would once have considered rather bizarre, I have now begun to accept as ordinary.

Before I start, I am going to make it perfectly clear this is not an attempt to demean Australians or live up to the stereotypical ‘whinging Pom’ label.  I am not going to bring up Olympic medals, Vegemite vs Marmite, rugby union or cricket but instead catalogue the unique traits which have become an everyday occurrence in my life.

–       First of all, Australian hospitality generally means I will, on occasion, wake up in the morning to a stray Aussie on the sofa, usually not in the best of conditions.  This random human may have never crossed my path before, but there will be some tenuous link to my housemate (sister’s boyfriend’s cousin’s friend/pre-school friend or similar). These visitors could disappear after one night never to be seen again or could hang around for weeks…the fun is in the guessing.

–        Every time I go to put washing in the machine there will be some soiled sports kit already in there waiting to be washed.  This is due to dire need of all Australians to be involved in every sport available to them. I guess it is just part of their culture as I have yet to meet an Australian who doesn’t play in a team or go to the gym on a regular basis.  I do believe that the Brits could learn a thing or two from this (although I have yet to be influenced).

–        Keeping on the sport theme…the time difference between the UK and Oz results in all major sporting events being scheduled at very awkward times of the day — mainly on a Saturday morning at some unsociable hour. And as with everything, alcohol will be involved and a relaxing weekend will be ruined.

–        The epic time difference also leads to another slight grievance: Skype conversations with the family…Australians generally speak about three volume levels louder than everyone else anyway but when talking on Skype, it raises to about five levels louder! These conversations will usually start at about 7am…and finish three days later.

–        Barbeques in February (or any other miserable month). The obsession Australians have with their outdoor living leads to my housemate forcing us to have a BBQ just because the sky is blue. For some reason this justifies sitting outside, eating a burger…in 4 layers of clothes.

–        Finally, returning to my opening account.  Words, names and places, nothing is immune from mutilation and abbreviation. Originating from a conservative area of England, my friends have recently commented on my seeming inability to say full words or finish a sentence. Not to mention the random ‘hey/ay’ which finds itself creeping into most conversations.

Saying all that, there are the perks of living with an Aussie. Chicken salt, Tim Tams and the endless banter are my personal highlights.  I deliberately left out my housemate’s constant need to be naked, as I feel we can’t tar every Aussie with that brush. Of course, there is also the seemingly never-ending complaining about the UK weather but you would have to be a very special person not to find the weather in this country unappealing.

Living with people can always be a challenge and embracing everyone’s unique qualities is a must for a peaceful and harmonious environment but it will remain a challenge for me to remember that this behavior simply isn’t ‘normal’.