The power of football: An Aussie converts

Deprived of the live atmosphere of his favourite Australian sports, PAUL BLEAKLEY explores the UK alternative at Millwall FC. 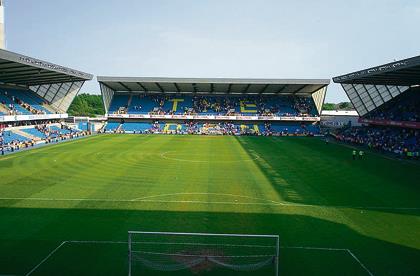 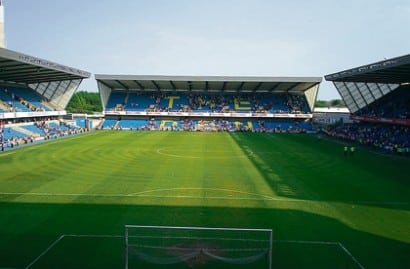 WHEN living in the United Kingdom there are a number of things that are typically found on an Australian traveller’s to-do list. Going to watch a professional ‘football’ match is a common feature of these lists: despite their best efforts many Australians tend to ‘go native’ over time and begin to actively follow the Premier League, starved of the sporting stimulation normally derived from the AFL and rugby league. Names like Rooney, Van Persie and Podolski become almost as familiar as that of Jonathon Thurston or Buddy Franklin in the mouth of the Australian living abroad.

Football is such an integral part of British culture that, in order to truly understand the mind of an authentic Brit, it is vital to soak up the atmosphere of a match in person at some point while living overseas. It is easy for Australians to forget the pure joy that comes from being a die-hard supporter of a football team, forced to lethargically stumble to the Walkabout on a Saturday morning to even catch a glimpse of their favourite teams in action. Sitting in the terraces of a British football stadium immediately reignites that sense of passion and it is hard to deny the power of football as a unifying force bring people of all ages, social and ethnic backgrounds together under one banner.

One of the major issues facing an Australian wanting to experience a British football match is the prohibitive process that often mars any attempt to acquire tickets to the Premier League. Costs are usually quite high to visit well-known stadiums like Arsenal’s Emirates Stadium or Chelsea’s Stamford Bridge. With the high demand for tickets to see these popular teams in action, sales are often restricted to club members or corporate partners. As a result it can be difficult for Australian travellers to even find where to purchase tickets, with many resorting to dodgy online resale websites that have a reputation for failing to deliver tickets or charging exorbitant booking fees.

In making the decision to go to a football match, my housemates and I decided to avoid the inflated prices and suspicious resale outlets of the Premier League and take a chance on seeing a team playing in the Championship. Although the Championship is only one division below the much-lauded Premier League, the price to see a match was only £26 and we thought that we would be able to experience a far more authentic atmosphere than at one of the larger and more commercial stadiums. So it was decided: we were headed to The New Den. We were going to see Millwall F.C.

Shortly after booking tickets, my housemates began to come home from work with slightly disconcerted expressions on their face. They had told the English folk that they worked with about their weekend plans to go to the Millwall-Derby County game at Millwall’s home stadium, and were warned off visiting a club that had a long reputation for hooliganism stretching back into the bad old days of the 1970s when football rivalry often erupted in outbreaks of violence.

The thuggish reputation of Millwall fans was further immortalised in the cult film Green Street Hooligans, which cast the club’s hooligan firm as dastardly villains against their equally violent West Ham rivals. Things had changed, we assured our concerned housemates; though news reports of a thirteen year old Millwall fan being banned indefinitely for racial abuse that broke in the week before our visit did not assist in efforts to make them feel safe.

The reality of visiting a Millwall match is different to what any of us ever imagined. The stadium, tucked down a side street near South Bermondsey rail station, has all of the atmosphere of a local sports club, with stalls selling merchandise and sausages lining the approach to the grounds. It is very much a family affair at Millwall, with fans ranging from toddlers to older geezers wrapped tightly in blue and white scarfs as they reminisce about the club’s glory years.

Millwall managed to beat Derby County 2-1, the crowd erupting in waves of joy as The Clash’s London Calling blasted over the stadium speakers in celebration. The atmosphere of the match was festive rather than aggressive; the heavy police presence provided a sense of security, even though the crowd erred more towards bantering than battering.

Millwall fans often shout their unofficial anthem “No one likes us, we don’t care” from the terraces during a match; it is this attitude that makes community football something special. The Millwall fans do not care what anyone else thinks. They just care about football, and the love of the game. Any Australian can relate to that.