Cultures collide in a new column from wife and mother ALEX BLACKIE, who shares the ups and downs of her Anglo-Australian family life in London. This week she proves it’s no pain, no gain to camping in the rain. 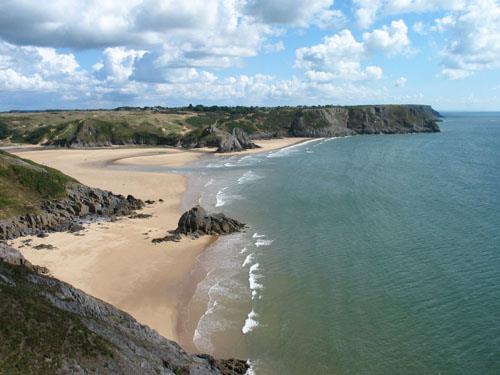 AS winter closes in, this was our last chance for a weekend camping so we headed off to Three Cliffs, a glam camping site near Swansea in Wales. The views were breath-taking. I’d really recommend this spot to the hardy out there before it closes for winter in November (and nope, I don’t know the owners so there’s no commission going on here).

Now, hear me out and play ‘spot the difference’: 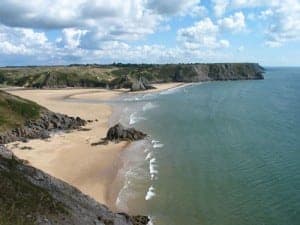 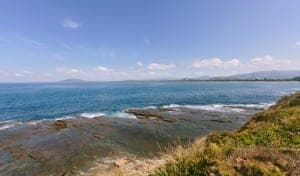 Wales does pretty well, doesn’t it? Especially considering it’s running against one of Australia’s most superb spots, according to me — tell me if you beg to differ.

So off we went for a weekend ‘camp-off’ organised with (and against) a cousin. She owns the crÃ¨me de la crÃ¨me of camping gear (they even bought a four wheel drive to fit it all in) but we have a strong reputation for consistent basic camping so … the war was on.

Apart from different tastes in tents, tables and blow-up mattresses, we noticed a few other differences between camping in Australia and here. When we’ve camped on communal Aussie sites, everyone’s tent faces the centre area and you rapidly start eating and socialising with other families. However, here, people tend to pitch their tents so their doors face a bush or their friend’s tent. I suppose it’s like my family’s obsession with privacy. I remember the first time Lawza suggested I open a letter addressed to him, “I can’t do that” I yelped.

And also, Brits seem to have loads of temporary walls and shields protecting the boundaries of their pitches. Granted it’s partly due to the weather, but is it the only reason?

So in our idyllic spot, along with studying the local folk and competing with my cousin’s collapsible kettle and luminescent guy ropes, I spent all my time running around the beach with my cousin and the children. Of course, Lawza wouldn’t go near the freezing water but these British kids have no issue with purple lips and swimming in the rain.

In Sydney, we didn’t realise our first camping trip together was Lawza’s training for times to come. We were at Seven Mile Beach and completely alone once the torrential rain began.

Seven years into life here, we have not had a single rain-free camping trip. Usually it’s just a pain. However this summer in Chinon, France, the weather went a bit far. It was another perfect spot, this time overlooking the river, town and castle, along with an Aussie-type public pool with grassy area.

In a local cafe the morning after the worst storm we learnt: when the tall man went downstairs to check on his baby chicks eleven were dead, one remained shaking but then just dropped dead too; the cafe owner’s tobacco leaves were flooded and destroyed; and the baker’s sister’s wedding was ruined because all the gazebos and tents had blown away.

By the way, according to my uncle, our independent ‘camp off’ judge, my cousin won on grounds of taste (Cath Kidson table cloths, and proper cutlery) but we won on practicality. Lawza was happy – pride intact – and so was my House & Gardens cousin.