The cultural cringe of Aussies in the UK

Since being here in the UK there have been occasions where I’ve noticed myself looking down my nose at a certain group of people. And if you’re reading this, there’s a chance you’re one of them.

by Joshua Lloyd
in Expat Life 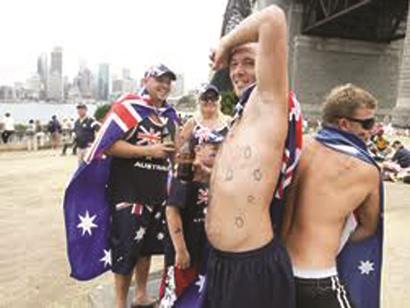 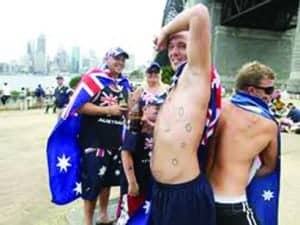 I’VE been looking down my nose at a group of people since being in London. And if you’re reading this, there’s a chance you’re one of them.

From the outset, let me say I’m not normally a snobby person. Egalitarianism — the belief that every man and woman’s worth is equal to that of another regardless of creed, background, wealth, occupation etc. — is one of the social tenets I hold dearest of all.

But since being here in the UK there have been occasions where I’ve noticed myself looking down my nose at a certain group of people. It plays out something like this:

Since being here I have deliberately avoided living in the Antipodean ghettos of Clappy Junx, Shé BÃ¼ and other areas where my nasal twang won’t stand out. I have instead chosen North and lately East London.

My reasoning is fairly straight forward: if I wanted to live with Aussies, Kiwis and Saffas, I would have stayed at home. Hard to argue with, I’d say.

I don’t often frequent the Aussie pubs in London but when I do I am usually embarrassed by some of my countrymen there. I think it’s the loud, boorish, bottled-beer-drinking, indoor-cap-and-singlet wearing types that do it.

I am relieved that where I live I’m far more likely to hear a Muslim prayer or a secret warehouse party than someone in a Billabong t-shirt screaming “Aussie Aussie Aussie”.

But that probably doesn’t justify any sort of smug reaction to those that do live in these areas.

Am I simply being elitist or is it a legitimate reaction against boorish Australians who confirm many negative stereotypes the Poms have about us?

Could it be the cultural-cringe; that kind of self-loathing we Aussies have which makes us celebrate another’s culture but not our own?

Or, bluntly, are there just too many Aussie d**kheads here?