THE EXPAT FACTOR | This week we chat to musician TARA MINTON. Back in London after headlining the Camac Harp Festival in Geneva, we find out what ex-Melbourneite come Harpist/Pianist/Lyricist/Singer Tara Minton loves about London, misses about home and her plans for the future. 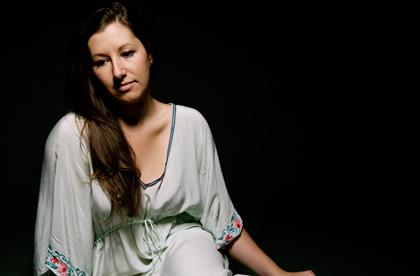 It was always a dream of mine to be a musician in London. In early 2011 I met Jakez Francois of Camac Harps in Melbourne for lunch, and he offered me an incredible sponsorship deal – a full size electric harp and the opportunity to play concerts of my own music throughout Europe. The condition was I moved to London. That meeting was the ticket to my dreams, and I arrived in April 2011.

I am a songwriter and entertainer first. My strongest focus is on my original music, however, one has to eat you know? I play a lot of hotels, functions and weddings to pay the bills. 30% of the time I get to be “Tara Minton” and the other 70% of the time I’m just a nameless harpist/pianist/singer in a bar. My goal is to be “Tara Minton” 100% of the time. Generally musicians get paid a lot less to work in London than back home, so I have to gig like a crazy person to make enough money to live and save. It’s an expensive city, but you learn tricks. I’ve not been out of work since I landed.

Headlining the Camac Harp Festival in Geneva last September has been a career highlight. I played with my trio in a beautiful concert hall to a full house, and even managed to speak a little French. Jakez Francois was standing in the wings and it was just a truly incredible experience. Flights, taxis, accommodation and expenses were all taken care of. For a weekend I was living the dream.

The greatest benefit for me in pursuing my career in the UK has been that people listen to me and get excited about what I do. I’ve connected with so many interesting people and soaked up so much life — it’s benefited my song writing and playing beyond words. Recently I had a fan from Essex drive down to London to see me play and requested one of my own songs. That was a magical moment.

There are two big differences I’ve noticed in the industry here. Firstly, a massive part of London’s cultural identity is built upon music. Every venue you go to there’s a story: Madness were discovered at the Dublin Castle, Amy Winehouse used to DJ at Proud Camden, Jimi Hendrix played his first gig at the Scotch Club. The Stones played here, the Beatles played there… you get the picture. The second difference is the amount of work available for musicians. With summer in the middle of the year, music is everywhere. Then when the weather turns there are Christmas functions, festive parties and NYE celebrations. Musicians can work solidly almost all year round.

What’s next for me? Well, musically I’m releasing an EP, and then returning home briefly to Melbourne to perform in the Melbourne Cabaret Festival. I hope to then tour in Ireland, and Paris at the end of the year. I also have a side project called “Chevara” with a producer in London and we’ll be releasing an EP of trance/harp music later in the year. As far as the rest of my life is concerned – heaven only knows. Anything could happen. I woke up on a boat on the canal in Kings Cross Saturday morning with an actor, a poet and a musician. Life is full of adventure!

The only advice I would give to an Australian moving to UK is to register with a medical centre before you get sick. I still need to do that. I should take my own advice. When I first moved from Melbourne to London, I was prepared for loneliness. I knew it would be rough and busy and expensive, but I didn’t know I would love it as I do, or meet so many dear friends. I came with the singular focus of pursuing music, but I’ve discovered a life full of joy and beautiful people.

There’s honestly no such thing as a “typical” weekend for me in London. I always gig of course — all over London – and then I usually head out afterwards to see my friends. Gertie Browns in Finchley is my local haunt and the Boogaloo in Highgate. The Boogaloo is a magical pub. Many wonderful memories have been created in there. I was also delighted to discover the Hampstead Heath swimming pond. It’s rarely warm enough for an Aussie to go swimming, but once or twice a year it’s divine!

What do I like about the UK? I love the tube. I hate that it closes at 12:30.  I love all the wonderful accents in the UK. I detest the British obsession with “class”. I love that I can drive to Paris. I hate diving on London roads. I hate the weather but I love the delicious feeling of settling into a cosy pub with some mates and escaping the freezing cold. What I miss about Australia is the sunshine. Plus my family of course.

I honestly had no time limit set in my mind for how long I would stay when I first came here. I always knew music would take me away from Australia. Right now London is my home and will probably remain so for many years to come. London is a tough mistress, but if you love her, she’ll love you back.