GO HARD OR GO HOME | Overall, I think I do a pretty good job of fitting in with the Brits. It helps that our homelands and cultures are so similar. But there are times when I feel like a bit of an alien. 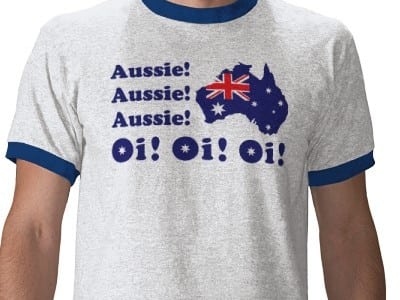 OVERALL, I think I do a pretty good job of fitting in with the Brits.

It helps that our homelands and cultures are so similar.

From a shared love of a booze and a sarcastic sense of humour, to the basics like speaking the same language (well, practically) and driving on the same side of the road, the two nationalities are on the same page about most things.

But there are times when I feel like a bit of an alien.

For instance, when my workmates reminisce about British TV shows or celebrities from back in the day, 95% of the time I have no idea what or who they’re talking about.

In the past I’d admit my ignorance. But that always ended with gasps and reactions like ‘You haven’t heard of (Cheryl Cole/Tulisa/Kate Price or some other trashy celebrity)/watched an episode of (Emmerdale/X Factor/Coronation Street etc)? Are you serious?’

Then a long, boring description of the C-grade celebrity/TV show which regularly features in the country’s finest tabloids is given.

But now I just tune out of the conversation or smile and nod as if I know what they’re talking about. It’s just so much easier.

Of course these sorts of situations are expected in any foreign country, and that’s what makes living here such a novelty.

But on a train ride recently, my alien background leapt out and slapped my fellow commuters in the face.

I broke the cardinal sin of talking loudly on my mobile phone.

The carriage was packed, everyone was silent.

So when I dialled my friend and spent the entire 10-minute journey talking and laughing loudly, my actions were met with glares.

People were disgusted, and they didn’t try to hide it.

I was warned during my first week in this country that unlike in Australia, people don’t talk to each other on the train.

But after almost two years I took the risk, and it backfired.

All I could think was how nasal, loud and annoying I must have sounded.

Ashamedly, I felt compelled to tone my Aussieness down.

It’s an awful thing to admit defeat, but I can’t deny it.

I won’t talk loudly on a packed train journey again.