THE EXPAT FACTOR | Siobhan Reddy is Studio Director of award-winning video games producers Media Molecule, creators of the LittleBigPlanet games franchise. Radio 4 Women’s Hour named her one of the UK’s 100 most influential women alongside the Queen and Home Secretary Theresa May. 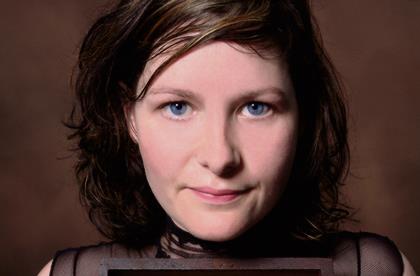 Siobhan Reddy is Studio Director of award-winning video games producers Media Molecule, creators of the LittleBigPlanet games franchise.  She has won the first Microsoft Women in Gaming Award and joined BAFTA’s Games Committee. She is 2013’s Australian Woman of the Year in the UK and Radio 4 Women’s Hour named her one of the UK’s 100 most influential women alongside the Queen and Home Secretary Theresa May.

I moved here when I was 18 — it wasn’t for a career, it was just a mad life decision. I didn’t have a job here. I had wanted to get in to film originally and started working in Sydney at a web firm. When I came here, I felt that was what I would keep doing, but a friend suggested (video) games would be a good crossover of things I was interested in, and so I decided to give it a go. There is a brilliant games industry in the UK. It’s very vibrant, always changing and filled with great people.

My mentor Fiona Sperry, (Vice President) at EA Criterion taught me games are built by people. I worked for her for seven years (as a video games producer). She taught me to really pay attention to how people are on the team and about quality — how to make a game and be really eagle-eyed about its quality.

At Media Molecule, I’m split between a studio-wide role and production work. As one of the five directors, I try to make sure the studio is going in the direction we all want.  My role is making sure we have the people and resources to do that. But I am a producer and I am very hands on, as are the other directors, and so I do production work also. I love games production.

As a boss, I’ve learnt that everyone makes mistakes. It’s very hard. You have to not panic too much when things don’t go quite right and there is always so much going on that not everything is going to be perfect. The studio is generally going naturally in the right direction; it just needs a little guidance from us every now and then. That’s down to making sure that we have the right team. It is definitely working out to hire slowly and correctly, rather than ending up with lots of wild cards.

If you want to start up in business, get a dog! I have a lab/newfie cross. Nanook is a big dog and so she needs a lot of walking. If you are really into working as I am, you can just lose yourself to the whole thing and not even exercise or have time to clear your mind. I have to take my dog for a walk at least an hour a day and so make time to be outside even though sometimes I want to be doing other things. When you are building something new, it’s stressful. You have to do the work and you can’t shirk from that. For your own sanity, you need to find balance. You definitely won’t have an amazing work-life balance, but you have to have some balance.

All the successful people I know have ended up following through on a hobby. If you have a passion, just practise it. You can build the life you want to build. It does take time. I’ve been working in the industry for 15 years — lots and lots and lots of hours. It has been a real graft at times and it will be a graft again. Because I love the industry and I love the people and I love what we make, it’s something I would continue to do. It is important to find the thing that you are willing to do every day.

To break into the game industry, you have to practice the craft. If you don’t have a job yet, make your own games in your spare time. The most impressive CVs are when people have examples of things they have done on their own.  You learn to combine a lot of skills rather than just art skills or design skills. If you already have show reels, find places you want to work and just annoy them.

We have a duty to make sure that there are women in the industry. It would just help us make better games, more interesting games, more diverse games, new genres and new stories. My focus on the BAFTA Committee is the working group on getting young girls into technology. BAFTA’s research showed that by the time girls leave primary school they will have been put off technology. They don’t feel there is anyone in the industry like them.

With stressed or depressed moments, you may need a change of scene and to get some perspective. On of the great things about living in England, you can get a change of scene quickly by going to Barcelona, Paris, Edinburgh or some other part of England like Cornwall. Sometimes you just need to get some perspective. It’s important to get away, if you can, and evaluate how things are going and if you need to make changes. You have got to find the positive in things and it is not always easy, but it is important.

A typical weekend would be dog walking and then just hanging out with friends. We have a really big group of friends so we have parties and gatherings at all our houses. I love cooking Mediterranean food and Middle Eastern food.

I have a long line of unfinished tattered clothes that I’ve labelled shipwreck chic.

My friend Emily and I both love hats, fashion and dressing up. We have done courses with London milliner, Catherine Elizabeth and a short course (in hat-making) at Central St. Martins. I made a really cool beretesque felt hat with a leopard print snakeskin effect and two cocktail hats with veiling and feathers. I love Vivien Westwood’s clothes — she is an inspiring design figure and she has gone her way.

When I first moved to the UK I didn’t realise how much I would actually want to spend time with other Australians. I was really homesick and just the subtle differences can end up feeling very big. England is a really beautiful country and so different from Australia as a lot of the flora and fauna is really delicate, dainty and really pretty and Australia is obviously so hardy. It took me a while to get in to that, but now I love it.