EXPAT FACTOR | Since joining the Fulham Football Club in 2007, Scott Miller from Melbourne has risen to become a prominent member of the coaching staff. 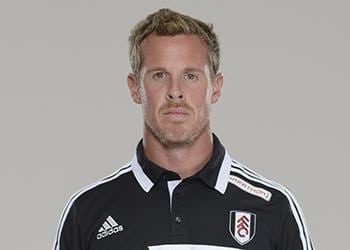 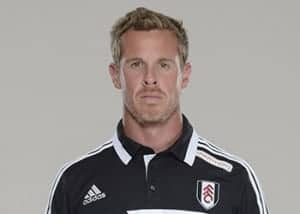 Since joining the Fulham Football Club in 2007, Scott Miller from Melbourne has risen to become a prominent member of the coaching staff.

I moved to the UK in the summer of 2006. My initial motivation was to work within the Barclays Premier League. Having played professional football in Australia, I wanted to work at the highest level in football, which for me has always been the Premier League. I had no doubt I would be successful, as my drive and passion for the game is so strong, so I purchased a one-way ticket, and ventured to London.

My role has changed significantly since joining Fulham Football Club in 2007. I initially was appointed as the First Team Fitness Coach, my role solely involved preparing the squad physically and working closely with the medical staff in conjunction with the clubs injury prevention philosophy. However I have had the opportunity to advance my role into a coaching role, still encompassing the fitness responsibilities, however by working alongside the Manager daily this enables me to utilise my sports science, psychology and football coaching qualifications in delivering a modern approach to football fitness, technical football and player preparation to the First Team squad.

One significant highlight among many would be the Europa League Final in 2010. The squad at the time was so resolute, under the management of Roy Hodgson. We beat teams including Juventus, Shakhtar Donetsk and Hamburg just to name a few. They were huge clubs in their own right. We had a great European campaign, reaching the final against Atletico Madrid. Being only 27 at the time, it was a fantastic experience, and one which only happens a few times in your career. I will never forget it. Although we lost, and were obviously disappointed, I was very proud of our achievement as a team that year.

The demands of The Barclays Premier League are so high. Managers are under scrutiny after a poor run of results. For me as a member of the coaching staff, my performance is reflected by the team’s performance week to week, whether the result is positive or not so positive.

My goal is to be the first Australian manager in a top league within Europe. My experiences over the last seven years working alongside Roy Hodgson, Mark Hughes and Martin Jol, have given me a great understanding and knowledge of the game, something I would never have achieved if I remained in Australia. I think at present I’m the only Australian coach in the Premier League. It’s certainly something I’m proud about. The next step is to be involved with the Socceroos. Ange Postecoglu has just been appointed as the new Manager. If my services as a young, dynamic proud Australian coach were required it would interest me greatly.

It’s been four years since I’ve been back to Australia. My work commitments restrict that. And come the end of the season, going home to a cold climate is not what I’m after at all.

I love the English sense of humour. I love the dryness, condescending tone. I have found my humour change over the time I have been here. As for dislikes, I guess you have dislikes wherever you are, the natural one is the weather, however being from Melbourne, that does not affect me greatly, so the number one dislike would be the volume of people, and when you want a bit of space it’s hard to come by.

I enjoy exploring London, headphones on, wandering the streets, finding new restaurants, cafes and bars. I’m fortunate via my job I have seen some of the best London has to offer. Radio at the Me Hotel – my friend Manages the place – the views are incredible, with great music and its always a good night with friends.

I have had some fantastic holidays since living in London, I’m quiet impulsive, my last holiday was in Croatia, a great spot, however one of my favourite places in Europe is Sardinia, the food, people and water are incredible. However my favourite place is New York, which reminds me I need to get back there soon.

For Australians coming to the UK, I would tell them to enjoy the ride, meet people, and try hard to develop your career. London and in fact Europe are so big, with so many opportunities. Experience as much as you can – the city has so much to offer.