Saunter through Soho and get lost in London’s maze

BRON IN THE DON | Our resident London explorer heads to Soho this week to tick one more off her London's Top 100 list and delight in the maze that makes up one of the busiest parts of the English capital. 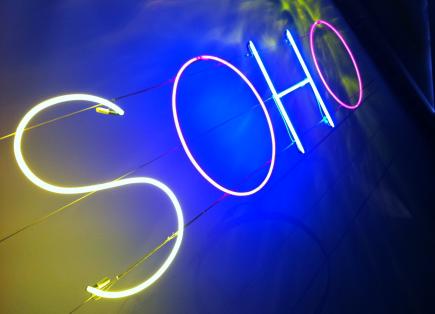 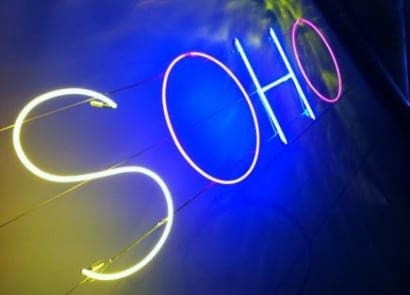 By Bronwyn Spencer
THERE are two ways you can saunter through Soho. The first is during a night out when you may be visiting one of the many bars, clubs and other ‘establishments’ after a theatre show or dinner. Nights out in Soho, I have found, are usually lots of fun because you are able to find heaps of good places to drink and eat huddled close together.

During any night of the week you will find the streets in Soho buzzing with people spilling out of pubs, tucked away in restaurants and tourists lost in the maze of streets on their way to the theatre. One of my favourite nights out in Soho has included drinks at an Irish pub, dinner of a vegetarian kebab enroute to a night drinking at Madame Jojo’s – a cabaret club on Brewer Street. It was here we spent the night drinking, dancing to old time music and people watching while the rockabilly dancers did their thing.

I’ve also had some more civilised and quiet nights out eating in one of the many restaurants found in the grid of streets of Soho – offering a variety of food from Moroccoan, to Japanese to Mexican. A particular favourite is Wahaca which specialises in fresh Mexican street food. They also specialise in amazing margaritas and the restaurant even features a tequila bar downstairs.

Since those nights have been a bit of a blur I thought it would be better to give this sauntering business a good go – this time doing it the second way – during the daytime. During my lunch break I met up with Shea (who is my partner in crime for most of my adventures) and we started our daytime saunter. We wandered through Soho Square which was full of office workers on their lunch breaks and past a little pop up burger bar – which my housemate informed me is one of many little things that pop up in that square during the year. From there we made our way into the little streets behind the square and into the heart of Soho.

In these streets you can find even more places to eat – amongst them you can find almost any lunchtime foods such as Maoz – an amazing kebab place, takeaway fish and chips, asian food and of course the usual sandwich shops. One place that we sauntered to almost immediately was Flat White, a coffee shop specialising in what many Aussies in London miss – a good flat white. We treated ourselves to a much missed treat with the addition of an Anzac biscuit before setting off again to check out the rest of the streets. From there we kept wandering, through the Berwick Street market selling fresh food, past little shops selling clothes and accessories, as well as meeting a very interesting character on a street corner (I’ll leave that description to your imagination).

Both sides of Soho are great to see and I could have spent endless hours working my way around each restaurant, bar and club. It is a perfect spot for people watching as well as a good night out after dinner or work and the perfect place for a quick coffee after the hustle and bustle of Oxford Street. Even though I’ve ticked this one of the list (#56 — done) it certainly won’t be my last visit to Soho.