Pun fun with The Sun in London

London newspapers love a good pun! Heck, even at Australian Times we dine out occasionally. However, one paper takes punning to all new heights - I am speaking, of course, of The Sun. 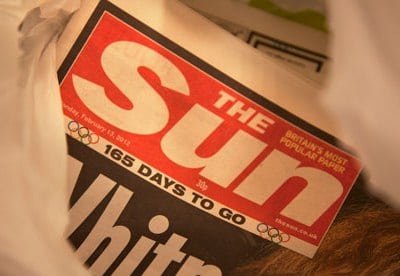 By Nina McGrath
LONDON newspapers love a good pun! Heck, even at Australian Times we dine out occasionally. However, one paper takes punning to all new heights – I am speaking, of course, of The Sun. Whether it be a picture of the Duchess of Cambridge on an ice rink captioned ‘Skate Middleton!’  or a witty headline the likes of ‘Super Caley Go Ballistic, Celtic Are Atrocious’ (referring to one of the biggest ever upsets in Scottish football when Inverness Caledonian beat Celtic) — it is hard to go past those at the iconic British redtop.

The daily tabloid’s best-known puns include the following:

The Sun is now out every single day in the UK with the launch of their Sun on Sunday newspaper, thanks mostly to the demise of their sister paper – News Of The World, and is hugely popular across the entire country. As well as being notorious for breaking big celebrity stories, The Sun is also commonly known for its Page Three features — which basically consists of an almost fullpage image of topless female glamour models on… (you guessed it) page 3. This originated in 1970, when then editor Larry Lamb celebrated the tabloid’s first anniversary by publishing a photograph of 20-year-old German model Stephanie Rahn in her ‘birthday suit’. Unsurprisingly it was extremely popular and became a regular feature, using sports related costumes and props and captions containing double entendre. Page Three has long been controversial, and was even the subject of a House of Commons campaign in the 1980s. In the late 1990s the costumes and props were phased out and the titillating captions replaced with a basic listing of the model’s name, age and hometown. 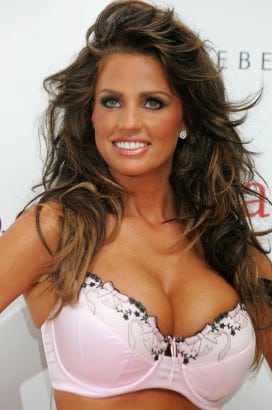 Page Three Girls have included Jordan, Samantha Fox, Suzanne Mizzi and Melinda Messenger. However The Sun has instituted a policy of featuring models with natural breasts only, banning models with augmented chests, thereby preventing future appearances by Jordan and Melinda Messenger. I’m not sure where this leaves Samantha Fox, who had a breast reduction; The Sun ran that story under the headline ‘Where Bra They Now?’

What do you think of The Sun? Love it or hate it, tell us below now: