Please move down inside the tram!

LIFE AFTER LONDON | When the tram pulls up, the doors open. The stairs are crowded with people. You step up and shuffle your way into the tiny space the stair dwellers have made for you. 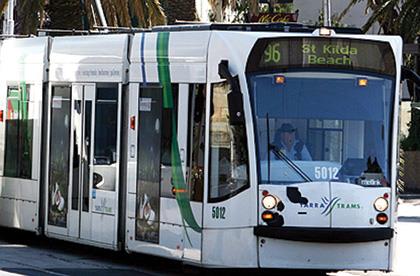 You’re standing at the tram stop, waiting for your tram to arrive.

When the tram pulls up, the doors open. The stairs are crowded with people. You step up and shuffle your way into the tiny space the stair dwellers have made for you. After the door closes just behind you, you look towards the aisle of the carriage. To your surprise you notice that there is, in fact, quite a bit of space in the middle of the tram. On closer inspection you notice that there are even a few spare seats. Quite a few of them. My word!

Some people might not see the issue here. But for someone who regularly (tried to) board the London Waterloo train at Wandsworth Town, seeing unoccupied seats on crowded public transport can be very upsetting.

For the most part, the Brits are pretty good at fitting loads of  people into small spaces. I used to be shocked by a Wandsworth Town station regular who would often take it upon herself to remind people of the need to cram.

As trains arrived she would tap on the windows and, just like the Transport for London voiceover lady does, she would tell everyone to ‘Move down inside the train!’

Can you imagine how fired up she would get if she saw the state of Melbourne’s trams?! Vacant seats and empty spaces everywhere! Don’t Melburnians know that if you sit down you will create extra standing room? Also, if you move away from the doors more people can climb on board!

Seeing these atrocities makes me want to follow this Wandsworth Town local’s lead and start shouting.

I don’t think it will ever come to that. A little education and consideration are all that’s required – Melburnians could use a lesson or two from Londoners.

Perhaps Yarra Trams should ask the TFL voiceover lady to politely tell people to ‘Please, move down inside the tram’.

We certainly don’t want commuters to have to take this matter into their own hands.