Peering at pigs and penguins at London Zoo

BRON IN THE DON | With the Olympic Games on the doorstop, our London adventurer has been racing around the city trying to tick off as many activities on her London Top 100 list as possible. This week’s escapades brought her face to face with lions (and some very smelly hippos) as she ticked off #4 — the London Zoo. 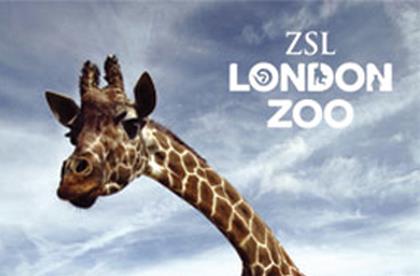 I can’t remember the last time I went to a zoo, which for an animal lover seems a bit weird, so I decided to set this right and head to the London Zoo. Located in the middle of Regents Park it’s hard to believe this zoo could house so many big animals but for £23 a ticket you can go in and explore.

When we got there we were given a map of where to visit and we instantly all picked the top one thing we had to see. My personal choice was the penguins. I mean who doesn’t love penguins? They are so cute!  Luckily for me they have a whole beach dedicated to the furry flippery little creatures. As I wandered around the enclosure I watched them swim and bask in the sun. One little guy was even sitting in the pool jets having a spa.

Once my friends dragged me away from the penguins (no I’m not obsessed…I promise!) we worked our way around the rest of the area. We visited the lions for feeding time and got to see the king of the jungle roar for his food. The rest of them were being pretty lazy, either that or staying out of the big guy’s way, but there were two ‘teenage’ size lions having a bit of a play. It was actually quite depressing to see these giant cats cooped up in a small enclosure but that is just the nature of zoos.

I won’t continue to list all the animals you can see but I can tell you that they certainly do have a wide variety of animals. Coming from Australia and visiting with my Kiwi buddies we were a bit surprised to see even a pig on display. I’m a city girl and even I’ve seen one of those before! We also avoided the insects’ exhibit. Trust me, I’ve seen enough of those creepy crawlies in my lifetime growing up in Queensland. But we quickly headed to other enclosures for the more exciting stuff – like the hippos!

The pygmy hippos are the smelliest animal you can stumble across at the zoo and we smelt them way before we saw them. They are easily forgivable though because they are actually kind of cute – in a big fat brown beasty kind of way.

We managed to be at the giraffe enclosure for the feeding time too and I’m not going to lie, this was scarier than the lions. Have you ever seen a giraffe run? They are pretty fast and very, very big and they made it to the food pretty quickly. Thankfully there is a moat around their enclosure and screens on the feeding platform so I wasn’t worried for long.

Apart from the cute penguins another highlight was the meerkats. They were just super cute to watch. We stood right near their enclosure for ages, watching them dig, climb and run through tunnels. Half this time was spent waiting for one of them to stand up straight – Timon from the Lion King has a lot to answer for!

The zoo also provides different activities such as animal experiences, talks on different animal varieties and of course a few cafes, so there is plenty to do once you’re finished looking at all the animals. It’s definitely a good day out for a sunny or even cloudy afternoon – or even a Late Night during July. And if you don’t believe me about those cute penguins you will have to go and see for yourself!