Our London: Spotlight on Chiswick — Top 5

OUR LONDON | Each week an Aussie Times writer will bring you a top five list from their favourite neighbourhood. This week EMILY BANYARD reveals there's more to Chiswick than meets the Antipodean eye. 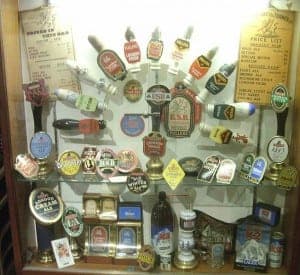 NESTLED in West London, CHISWICK is 10 to 15 minutes from both Hammersmith and Shepherd’s Bush. However despite it’s close proximity, it offers something a little bit different from the two well-known antipodean haunts.

A leafy suburb right on the River Thames Chiswick is an oasis full of surprises, with great food, bars, pubs, and sites. Without having to leave zone two, it provides the perfect refuge from the throngs of people in London

I have lived in a few places in London but I love the versatility of Chiswick. Here are a few of the reasons why I have stayed here so long:

Chiswick High Road is full of amazing places to eat and drink. It hosts a variety of food from delicious surf and turf at The Cabin to its very own Franca Manca — arguably the best pizza in London (and the most reasonably priced). It is also home to wine bars and pubs with courtyards on the Thames, perfect during the summer. Drinking holes such as The Mawson Arms are great to stake out a spot to watch The Boat Race, with slightly less manic crowds than further up the river. 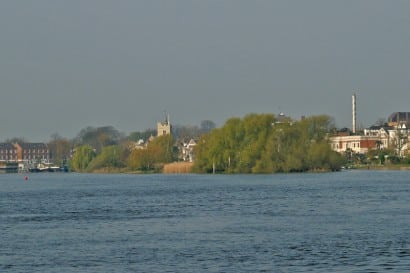 Round the corner from Hammersmith Bridge, a walk along the Thames Path past the houses on Chiswick Mall is a must. Along the way you can stop by the William Morris Society, also host to some great art exhibitions. And why not end up at Chiswick’s very own Fuller’s Griffin Brewery, which has been there since 1845 and runs up to 20 tours a week at £10 a head!

You can also cycle along the Thames Path all the way to Barnes Bridge. This path goes through such dense bush-land in places you won’t believe you’re in London. Pack a picnic and enjoy lunch in Dukes Meadow on the river.

One of Chiswick’s main claims to fame is that it’s snuggled in the middle of it is Chiswick House and Hogarth House. Chiswick House is a grade I listed neo-Palladian villa set in historic gardens. Built by the third Earl of Burlington in 1729, the house still displays many brilliant artworks. It’s £5.90 entrance but on various dates during the month you can get in free. 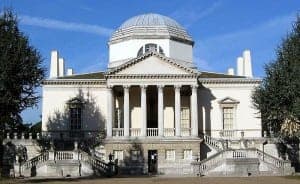 The gardens at Chiswick are the birthplace of the English Landscape Movement and have inspired many gardens including New York’s Central Park. At certain times of year there’s outdoor cinema and music concerts to be enjoyed in the grounds.

Hogarth’s House is the former country home of the 18th century English artist William Hogarth. The House is open to visitors and free of charge! Right near Chiswick House, you can do both in an afternoon.

Every Sunday between 10am and 2pm there is a local food market open to the public in Dukes Meadow. You can buy fresh food, including a range of organic produce, direct from the people who grew it. Not to mention great coffee!

On the first Sunday of every month Chiswick also has a fabulous Car Boot Sale at the same location where you can discover just about anything you may want or need in London. Scope out some treasures or even sell some of your own.

Chiswick is home to The Tabard Theatre (since 1985) on Bath Road. It’s known for its debut writing and experimental work.

Just around the corner from Turnham Green station this competitively priced theatre also has its regulars such as Al Murray, Russell Howard, Chis Addison and Dara O’Briain. If you miss them at other venues in London, catch them in Chiswick in a much more intimate atmosphere –  with a pub downstairs for drinks before and after the show.