Online dating: How to spot a player

Determining whether or not someone is a player online can, in some cases, be easier than if you only were in contact with them in the real world.

by Shanaka Thanapathy
in Expat Life 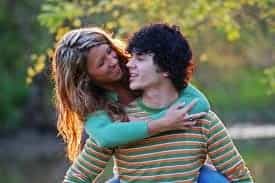 This is because they leave a trail that you can pick up on and this trail will help improve your chances of spotting him for what he really is.

However, a word of warning to the wise, spotting a player isn’t an exact science so don’t cry wolf before you are certain.

Before we launch into the signs you need to look for to determine whether or not he is a player, we should first define exactly what a player is. After all, we need to make sure we are on the same page here.

What a Player Isn’t

First and foremost, a guy isn’t necessarily a player if he decided to break it off with you. Maybe you simply didn’t click or he found someone else. This doesn’t mean he played you.

Again, when it comes to online dating, a guy looking for casual sex is not a player. These men are usually open and honest about what they are looking for and there’s nothing wrong with that. If you don’t agree with their lifestyle be polite and respond that it isn’t what you are looking for right now. If you do feel the need to some casual fun with no strings attached, then you are a consenting adult and there’s nothing wrong with that either. Just don’t go on a date expecting more and then call him a player.

A guy who sends you overtly sexual messages trying to shock isn’t a player either. He’s just a sleazy moron who never made it past the age of puberty and hopes to get a reaction from you by shocking you. Don’t snort in disgust and say “men” with that knowing smirk because there are plenty of women who do this online as well.

The Definition of a Player

A player is a man who is in love with the game. He is completely charming and seems to be your perfect match. He will wine and dine you until he gets what he wants and then, all of a sudden, his mother will develop cancer and he has to fly to Siberia to be by her side.

A player is a guy who will play with your emotions and, generally, lie through his teeth to get what he wants from you.

One very telling sign is that he has been active on the website for a few years. If someone is looking for a serious relationship they will either have found someone within a year or given up for a while on the dating scene. They will have cancelled their subscription or switched to another site or at least had a very long period of inactivity.

Another sign that he might be a player is that his profile is very short and doesn’t mention anything about what he is looking for in the long-term. His whole profile is light and airy, giving the impression that he is leaving all the doors open so he doesn’t miss an opportunity.

You see, a player will learn everything they can about their intended “victim” and try and become the ideal date. This is to break down your defences so you will deliver the goods and then he will high-tail it out of there.
Another clear sign is if he goes on and on about how he has so many stalkers or women obsessed with them. Realistically, not many people turn into stalkers but he will define them as such because he is actually stringing them along because he wants to make sure he has a backup plan in case you don’t deliver or turn him down.

If you still want to meet him, even though you think he might be a player, just make sure to guard your emotions. Don’t let your guard down because these guys are brilliant at making you trust them and then you will end up with your heart in tatters.