Nine months on and the world has changed

LIFE AFTER LONDON | Nine months. That's how long it takes for a fetus to grow into a baby that is ready to leave the womb. It's also the title of a 90s rom-com featuring Hugh Grant. 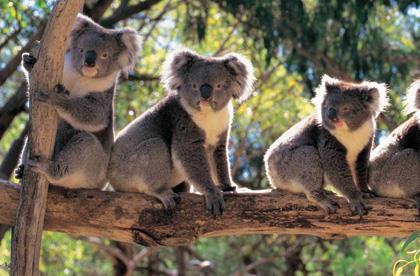 That’s how long it takes for a foetus to grow into a baby that is ready to leave the womb. It’s also the title of a 90s rom-com featuring Hugh Grant.

But this article is about neither of those things.

Last week marked the nine-month anniversary of my return Down Under, so for me the past nine months have been about settling back into Australian life.

In the past nine months I’ve moved countries, found a new job, found a new flat, made new friends, broken up with an old one, explored a new city and moved in with my boyfriend for the first time.

When I landed at Melbourne airport in November 2011, after spending two years in London, I was excited, sad, worried and a little lost.

And to be honest, not much has changed.

Deciding to move to another country so far from home was one of the best decisions I have ever made.

And I can honestly say that this life-changing decision has been equally matched by my choice to leave.

And that’s where the dilemma lies.

London opened my eyes to a world of endless possibilities.

I used the British capital as a base to explore cities, countries, cultures and communities that I had barely taken an interest in before – think Egypt, Iceland and Portugal. All such amazing countries which I probably wouldn’t have considered visiting if I wasn’t living abroad.

And now I want to see more. The US, South America, Japan, India, Vietnam (tick!) – the list keeps getting longer.

At the same time, living in the UK has also given me the desire to explore my own country and even check out all that our cousin New Zealand has to offer.

Since being back I’ve been to the Great Ocean Road, Canberra, Albury-Wodonga (it counts, OK!), the Gold Coast and Byron Bay. While I had visited all of these places before, going back after two years away gave me a foreigner’s perspective – I can really appreciate Australia’s beauty and diversity like never before. That in itself makes the move to London worthwhile.

The things that I have achieved in the past nine months also make leaving London worthwhile. In the past nine months I’ve started a blog, joined the Melbourne Writer’s Club, started writing for two local publications and enrolled in two courses – photography and web design. Melbourne is a real melting pot of creative go-getters who inspire you and make you feel as if anything is possible.

Sports-wise, I’ve run three fun runs, one of which was a half-marathon, I’ve joined a gym and discovered a love of cycling. I’ve also been to an AFL match and tried to pick an AFL team – and failed.

Achieving just one of these things would have been near impossible while I was living in London. My priorities were different – traveling, socialising, exploring London and making friends were top of the list because, well, that’s why I moved there.

I would list all the things I have done in the past nine months, but that would take a week (and it would be pretty boring to read)*.

Moving home has been somewhat of an adjustment, and while I’m none the wiser about how long I’ll stay in Australia, and I’ve still got no clue about what I want to be when I grow up, it’s nice to look back on the past nine months and think, ‘hey, that has actually been pretty awesome’.

*A few more achievements to note: I’ve also bought a microwave and drank an estimated 240 proper coffees since moving home (sorry Brits, I’ve returned to my latte-drinking ways). I’ve also mastered Melbourne’s public transport system. On the flipside I’ve received a $150 speeding fine (which I talked my way out of) and a ludicrous $180 tram fine (appeal rejected). Oh Australia!