You may think that the London Underground offers up the ultimate in awkward or unpleasant experiences when it comes to public transport travel, but maybe that's because you haven't yet experienced the latest craze in Aussie comedy: public transport pranking. 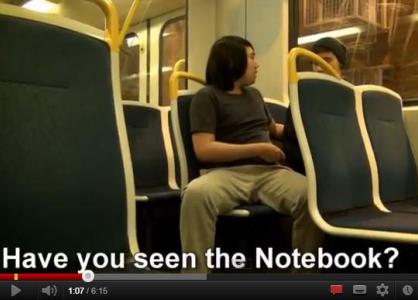 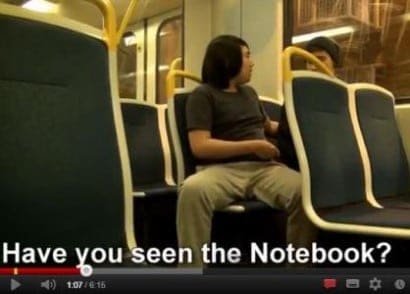 ANYONE living in London knows that the Underground is the place to be if you ever feel the profound urge to experience the finest awkwardness and insanity that the city has to offer.

Travelling on the city’s subway system there is always something bizarre and unique to take your mind off the gruelling commute every day.

It may be a man in a tracksuit dancing frantically to LMFAO in an otherwise empty carriage, or a woman feeding her dog cheeseburgers to keep it busy during the long train ride. On a Sunday morning you could even experience a contingent of Smurfs sitting side by side with koalas on a pilgrimage to the Church in Clapham.

Most of these occasions are unplanned manifestations of London’s less than conventional culture, bubbling to the surface and being thrust together by the public transport system.

It is a somewhat foreign experience for many Australians, used to getting from place to place in the privacy and comfort of their own car and not generally exposed to the colourful identities that are often found in mass transit systems across the world.

However, through the power of the internet, it is becoming readily apparent that witnessing something bizarre on a train is not an experience exclusive to the London Underground.

The advent of camera phones and websites like YouTube have given us an insight to some of the weird and often cringe-worthy things that have been happening on Australian train systems while we have been blissfully ensconced in the bubble of our car.

The rising popularity of the Australian web-based comedy group, The Janoskians, has sparked a wave of copycat incidents across the country, with young people flocking to trains and buses as a location to capture their comedic performances on camera for the world to see.

Adrian Van Oyen is one of those that has found instant fame by creating awkward circumstances on Queensland Rail trains that serve to both amuse and perplex unwitting travellers.

The 18 year old photography student from Beenleigh only began making YouTube videos six months ago, with the positive response to the clips that he uploaded leading him to emulate Australian comedy icons like Hamish and Andy in the increasingly popular Awkward Train Situations.

“Awkward Train Situations was the first video I’ve done on a train, but it has been the most successful. The reaction from people is always different, but generally positive,” Van Oyen told Australian Times.

“Lately I’ve been taking YouTube a little bit seriously so I actually put a lot of effort into Awkward Train Situations because I really wanted people to laugh their heads off for this one.”

Van Oyen’s antics on Queensland Rail range from shaving his legs while mid-voyage to impersonating a ticket inspector and weeping loudly in front of a group of very visibly confused girls.

He even ropes in a friend to play guitar for him while serenading a random girl with a dulcet rendition of One Direction’s ‘That’s What Makes You Beautiful’.

Since the video was uploaded on 24 October it has been viewed by over 120 000 people, helping to establish Van Oyen as one of Australia’s rising stars of public transport comedy. While many resort to the internet as a quick route to mega-stardom, Van Oyen has a much purer motive: he simply wants to make people laugh.

“I definitely plan on continuing to make more videos, because it’s just great fun and I’m making people happy which means the world to me,” he said.

“My mum’s always telling me to study more, but she loves it. She’s always showing my family.”

With YouTube providing a platform for aspiring comedic talents like Adrian Van Oyen, it is only a matter of time before you become an unsuspecting player in a prankster’s most recent masterpiece. So the next time that you are travelling on the London Underground and see something particularly eccentric happening, smile: you could be about to make your internet debut.