2012 will be my sixth consecutive year that I’ve been in the northern hemisphere in January, but the first year that I’ve not boarded the 24-hour flight to be home by the 26th. 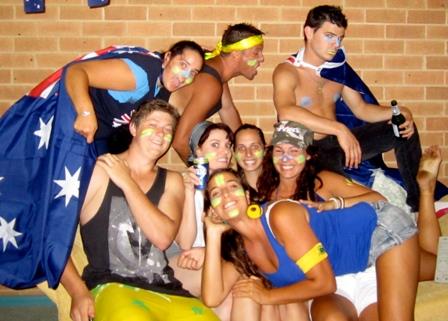 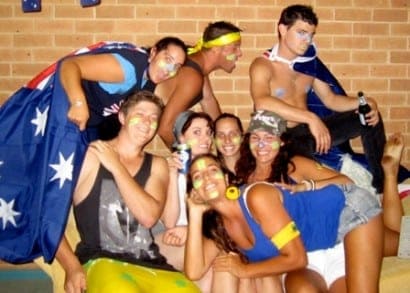 By Rebekka Hodges
2012 will be my sixth consecutive year that I’ve been in the northern hemisphere in January, but the first year that I’ve not boarded the 24-hour flight to be home by the 26th (Australia Day).

In 2007 I was traveling for three months, but on booking my flights, took special care to ensure the return date coincided with the Sydney Big Day Out, which up until recently always fell on Australia Day. In 2008 I was living abroad for six months and again flew back into Sydney to attend Big Day Out with my friends. 2009, ’10 and ’11 were all the same deal, though as the years went by and we got older, the rest of the festival revelers became seemingly younger and we began to find joy in blow up pools, barbecues and Triple J. 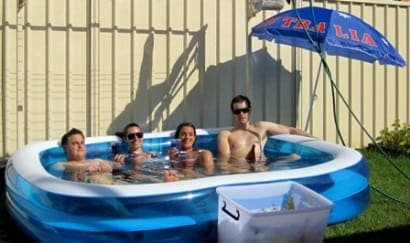 It might sound crazy to spend all those dollars for a flight to leave Australia, only to return back just in time for one single day, to a country where, let’s face it, I’ll undoubtedly (and fingers crossed) spend at least another few dozen Australia Days, but without hesitation it is my favourite day of the entire year and I could think of no better place to spend it.

For me, 26 January is like a melting pot with all of the greatest elements of Australian culture coming together to form one harmonious day: daytime drinking; sunshine; water; music; and best mates. What more could you want?

A few weeks ago, I decided to head back home to surprise everyone for Christmas. It was early December and the cold had well and truly set in. I was definitely ready for sunshine. However, this time on booking my tickets, I was very excited by the idea of coming back to London for Australia Day.

Though there won’t be as many hours of daylight to drink, and it will more than likely be overcast, in the last ten months that I’ve been away, I’ve formed a great group of mates, some old, some new and together we’re looking forward to our first ‘orphans’ Australia Day at the Shepherds Bush Walkabout alongside every other far-from-home Aussie.