GO HARD OR GO HOME: Like most Aussies living in London, spending a couple of years abroad was something I had dreamt of doing since my teens. But maybe living abroad actually isn’t every young Australians’ cup of flat white. 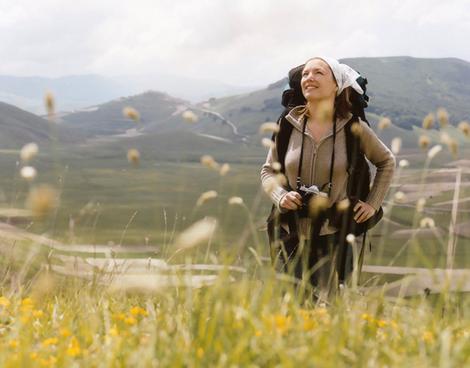 LIKE most Aussies living in London, spending a couple of years abroad was something I had dreamt of doing since my teens.

My best friend Kate and I talked about moving “overseas” once our University of Canberra days were done and dusted.

A serious lack of finances and a too-good-to-refuse job opportunity meant the move didn’t happen until a few years later than initially planned, but the idea was never far from my mind.

I knew several people who had spent a year or two working and living in another country, and upon their return the stories they’d tell were amazing.

Given that I didn’t leave the Great Southern Land until the ripe old age of 23, their tales of adventure and fun filled me with excitement and anticipation.

I know I’m not the only one who felt or feels like that.

Almost every time I speak to a friend or family member from back home I get an ego boost.

Even my well-travelled friends say things like, “What you’re doing is amazing”.

They want to know every intricate detail of the places I’ve visited and the sights I’ve seen.

Many of them go on to say things like “You’re so brave, I could’ve never done what you’ve done”, as though I’d gone off on a spaceship and started my own colony on Mars.

At first these sorts of comments really surprised me; I don’t consider myself to be brave, not by any stretch of the imagination.

It wasn’t until I heard comments like these that I realised; maybe living abroad actually isn’t every young Australians’ cup of flat white.

Some people are very happy plodding along without change, spending their entire lives in the same town or city, eating at the same restaurants and shopping at the same shops.

But there’s a certain breed of us that just can’t sit still.

And it’s those of us who are drawn to the bright lights of “overseas”. We’re constantly looking for the next job, next place to live, next challenge.

Especially when Down Under, that huge island we call Australia (and home), is so isolated from the rest of the world.

Of course, neither type of person is right or wrong, or better or worse. Just different.

There are times when I wish the Boredom God wouldn’t come knocking on my door as often as he does. It’s quite unsettling to be always looking for change.

The fact that my parents moved my siblings and I around every few years probably had something to do with it (thanks Mum and Dad).

While I hated it at the time, I am so thankful that we left Wagga Wagga when I was 12.

Then we moved to Goulburn, which was, err, different …

Soon after came bigger and better things in the shape of Canberra, where I made friends that will last a lifetime.

Albury was my next stop, and while I didn’t realise it at the time, I had a lot of fun in that “regional city”.

And finally I’ve ended up in London, where I’m having the time of my life.

If I’d stayed in Wagga Wagga, there’s a high chance I’d be a teenage mum by now, and I wouldn’t have been able to experience half of what I have.