Lourdes help me! But it was some saintly Aussie celebs to the rescue for this vintage film fan

The irony of falling ill in Lourdes of all places is indigestible. People come to Lourdes to get healed and most emphatically not to fall unwell. Remarkably, however, this is exactly what happened to me at the end of my European venture.

by Paul O'Hanlon
in Expat Life

After visiting Amsterdam and travelling south down in to France, I went in to Lourdes seeking some kind of remission from a bad dose of winter blues.

I saw the house where Bernadette Soubirous lived. Bernadette, who was canonised in 1933, many years after her early death at 35 in 1879, is said to have seen Marian apparitions of the Blessed Virgin Mary when she was a girl of 14 in 1858.

While sceptical of such matters, I nonetheless was attracted to Lourdes, a town of 15,000 in the lower Pyrenees with a cool climate. A popular destination with pilgrims, it has more hotels than any other city in France outside of Paris.

I stayed for several nights in a modest bed and breakfast when one day I was struck down with very severe abdominal pains which left me unable to stand. I had to be helped to a local medical centre where my lack of French was soon very apparent as the staff had virtually no English and I had made the brilliant mistake of leaving my French phrase book at home.

After hours of tests they put me in an ambulance to be taken to the big hospital `Centre Hospitalier de Bigorre` in the nearby larger airport town of Tarbes.

It was there my frightening experience began as none of the nurses or even the doctor or surgeon could seem to speak any English. The infirmières (nurses) is their white ice cream trouser suits were pretty and sympathetic but there was little or no verbal communication due to the language barrier. The same held true even for senior doctors and surgeons. The one device which came to my rescue was my laptop with its translation tool. The Spanish doctor seemed very keen, over keen in fact to cut me open and take out my gall bladder, at which I balked. I declined much to his dissatisfaction and opted for a course of antibiotics.

The first two days of my treatment for the suspected gall bladder infection involved being hooked up to innumerable intravenous drips. I felt more like a pin cushion than a patient with bags of fluid rehydration salts, antibiotics, antidiarrheal solution and goodness knows what else. I had to carry these drips bags attached to a pole everywhere I went and even sleep in them. I managed to do some typing using one free finger.

I hadn’t eaten for six days and was not even allowed orange juice or coffee with milk. I was constantly biliously vomiting and purging and the sight of yellow bile in the toilet bowl was alarming as it is reminiscent of those awful water borne diseases cholera and dysentery.

It looked as if the anti-biotics weren’t going to work and that meant surgery. I wasn’t too brave at that proposition – especially as the Spanish Doctor was extremely anxious to go ahead with an operation – for what reason I know not – he was a real Mack the knife.

Room with a view

I had the consolation of a comfortable room in a state of the art hospital and every morning I had a splendid view of the snow-capped Pyrenees which go up to about 11,000 feet high and form the traditional border between France and Spain. By contrast the Australian Snowy Mountains only go up to a maximum of around 7,300 feet.

The young French nurses in their neat white trouser suits were pleasant and charming though we didn’t communicate language wise too well. Unfortunately, the same went for the French doctors and surgeons who spoke virtually no English. It has made me realise how limited my French is – apart from the lyrics of songs by Mireille Mathieu, Jeanne Moreau and Juliette Greco – an ancient `O level` in French and a few excerpts from some well-known French films I’m afraid I struggle with even basic conversational French.

So what would happen when the doctor came round that morning and decided the anti-biotics hadn’t worked? It looked like a straight choice between surgery and its risks or a pilgrimage back to Lourdes – which is 20 kilometres distant from Tarbes.

I started to think of the Aussie dimension. Readers of a certain vintage will remember the long running series `The Young Doctors` which reached 1,396 episodes (then a record) and spawned numerous fan clubs and humorous imitations and was seen worldwide. It was named ‘Los Jovenes Doctores’ which had a brief stint on TVE1 shortly after the launch of Morning television in Spain. 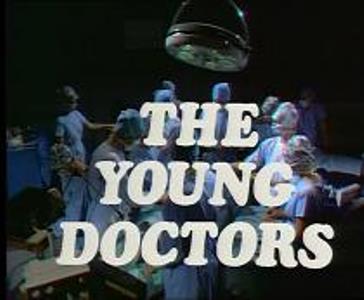 In France it was aired as ‘Jeunes Docteurs Pour La Vie’ (Young Doctors For Life) on France’s second national-wide channel Antenne 2 at 08:30 am, from 21 March 1986 until February 1988. The Series was also broadcast in Trinidad, Barbados, Angola, the Netherlands and Canada.

Apparently in the making of the series the nurses injected their needles not in to people but in to oranges! I only wish they had done that to me in my real life young doctor/nurse situation. Those intravenous drips were murder.

I wonder what nasty Dr John Forrest (Alan Dale portrayed him and who went on to star in `Neighbours’) of `The Young Doctors` would have said and would his nemesis Sister Vivienne Jeffries (Diana McLean) be sympathetic and feminine or bossy and unfeeling with some gibe like “Get a grip on yourself.”

I actually got in touch with Diana. She is quite a character – very exuberant and always laughing and joking and still very active in her 70’s. She recently toured Australia in a production of the play `4,000 Miles` travelling as far as Darwin in the Northern Territories and going on a helicopter flight over Ayres Rock on the way. 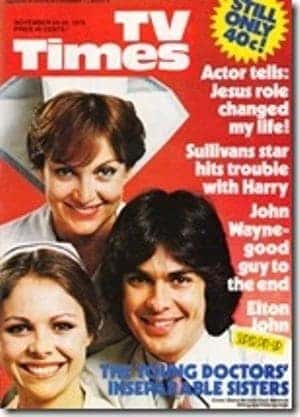 Her character in the `Young Doctors`, the no-nonsense Sister Vivienne Jeffries , frequently had clashes with the big, bullying Dr John. She would stand up to him and say “Have you been upsetting my nurses again?” and then slap the big rugby playing intimidator in the face.

Diana also appeared in `Boney` in the early 70’s and as a schizophrenic in the classic 70’s sexy series `Number 96`. She also played the part of `Bess O’Brien` in `Neighbours` and was the lead role in a film called `Early Frost` which despite initial bad reviews has gained some credibility in recent years.

When I contacted Diana she expressed great concern for my predicament being in a strange country and not speaking the language and arranged for a bilingual friend of hers from the area to phone me up and help me with my translation.

I also had messages from actor Allen Bickford who played the thug `Collins` in the 1981 film `The Killing of Angel Street` starring John Hargreaves and directed by Donald Crombie.  He was wishing for my recovery as well as he had been ill in his Queensland home not too long before. He has appeared in roles as diverse as `Man at the Top`, `Homicide`, `Bluey` `Jason King` and `Matlock Police`.

I had compliments from Mercia Deane Johns who has been such a robust part of Australian Cinema, Theatre and TV for 40 years. She appeared with Richard Moir in `Heatwave`, Bryan Brown in `Winter of Our Dreams`, in the comedy `Chances` `Home and Away, `Blue Heelers` and last year’s hit `Last Cab to Darwin`. She is currently busying filming but found time to send me all the best for a speedy recovery.

I even had a get well card from Tony Bonner who many of you will remember as the helicopter pilot Jerry King in the long running children’s series `Skippy` which sold all over the world even in the old Soviet Union. A really nice guy, he also appeared in ` Matlock Police` `Bluey` and the film `Money Movers` as well as the series `Anzacs`.

Roving reporter John Pilger sent his regards too – he was in Australia at the time and is now on his way to America to finalise his latest documentary on the coming conflict between the US and China.

Clare Binney who was one of the stars of the 1976 classic `Don’s Party` playing 19-year-old student Susan sent good wishes as did editor of this website, Australian Times’s Bryce Lowry.

The only thing that was missing was Judy Davis appearing in my room as a singing telegram – still you can’t have everything.

There was no doubt the many good wishes from Down Under lifted me.

As I looked out the window at the majestic Pyrenees mountains which from the natural frontier between France and Spain I reflected on how maybe the situation was not as bad as I had first feared.

I was going to live and maybe meet some of these Aussie stars in person – well, I have met John Pilger many times and corresponded with the others over a number of years.

I suppose you have to laugh at the ludicrous situation of falling badly ill in Lourdes of all the places in the world.

After a week of successful antibiotic treatment, I was allowed to leave and though still feeling weak and tired and looking very pale, I rested a few days in a guest house in the pleasant town of Tarbes with a landlady who could speak some English.

I then I made my 1,000-mile journey (largely by rail) from the Pyrenees back home to the cooler, damper climes of Edinburgh via Bordeaux, Paris, Calais, Dover, Folkestone and London.

The number of the platform of my train to Edinburgh at London’s King’s Cross station was platform zero – what a number! The platform that doesn’t exist! The ghost train or whatever train it was got me back home.

Thank you, Aussie stage and screen

I’m glad to be alive and still able to write and I’d like to say to all Australian film, theatre and TV fans – don’t knock your home grown talent, it’s really very good.

In recent decades as Australia has become more Americanised “I reckon.” has become “I guess.” Well, I reckon Australian cinema – especially that marvellous new age period of the late 70’s and early 80’s – are all well worth watching or having a second look if you haven’t already seen them.

Finally cheers to Clare, Tony, Diana, Allen, Mercia, Bryce Lowry and John Pilger. I guess… no, I reckon, Oz saved my life in the Pyrenees.