EXPAT FACTOR | Jeremy Gask is an Australian Racehorse Trainer from South Australia, now based in England with Horses First Racing. Jeremy was a semi-professional footballer and junior state cricketer before embarking on a horse training career. Having trained over 250 winners in Australia, Jeremy has helped create a top training facility in Wiltshire at Horses First Racing, with 35 horses currently in training. 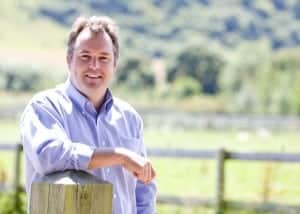 Jeremy Gask is an Australian Racehorse Trainer from South Australia, now based in England with Horses First Racing. Jeremy was a semi-professional footballer and junior state cricketer before embarking on a horse training career. Having trained over 250 winners in Australia, Jeremy has helped create a top training facility in Wiltshire at Horses First Racing, with 35 horses currently in training.

I arrived in the UK in August 2007. I had lost some of the passion I once had for horseracing, and had become slightly disillusioned as a trainer in South Australia. I came across an advert from Eamonn Wilmott (the Managing Director of Horses First Racing) seeking a trainer for his facility. The requirement was for someone with an interest in technology and sport science to help develop the yard in the direction Eamonn wanted to go.

I flew straight in and began work. Racehorse training is very much performance based, and we had no plans nor contract. We did put a five year plan in place and intended to see how things went. We are beyond that now and loving it. As the trainer I am responsible for all work of the horses, staff and keeping clients informed as to their horse’s progress and future programmes. It requires a huge amount of travelling to the races, both domestically and abroad. The challenge is to increase our owner base in a very competitive environment where performance and form is there for all to see. The pressure to perform consistently is always a consideration.

A highlight has been taking a horse to win at the Dubai World Cup Carnival at the Meydan Racecourse. This carnival runs from late January over 11 fixtures with US$37million up for grabs and culminates with World Cup Night, an invitation only race meeting with nine races featuring the world’s richest race in the Dubai World Cup — worth US$10million. We were fortunate enough to be one of only three British Trainers to win at the carnival which includes horses from Australia, Japan, United States, South Africa, France, Germany, among a host of other countries. We’ve also had winners at events such as Glorious Goodwood this year for a great group of UK clients who enjoyed the win until the early hours of the following morning.

I’ve had some runners run very well at Royal Ascot recently, though unfortunately we haven’t been invited to the Royal Box — much to my 11-year-old daughter’s disappointment. However, one highlight of our time in the UK has been receiving an invitation to meet the Queen at Buckingham Palace as part of the lead up to the Royal Visit to Australia. Her Majesty is, as we all know, a huge racing fan — though unfortunately we are yet to have any Royal Silks hanging in the racing tack room!

It’s been a challenge adapting to the huge variety of idiosyncratic tracks here in the UK where they race both right and left handed, combined with far greater undulations and surfaces than I would have been accustomed to in Australia. In Australia we are often within the cities of our home state, but here we travel throughout the country to find the most suitable races, and as a consequence there is a lot more travel involved. I hope to be here in the UK for a while longer yet, competing at the big meetings both here and abroad. We have a very interesting and exciting bit of technology we are about to release which will increase owner interactivity with their horse by way of webcams, live heart rate and GPS data, which can be viewed by owners wherever they are in the world in real time.

My wife Kerrie and I actually spent a couple of years working in the industry in the UK ten years ago, so we had some idea of what to expect. However I would say that living here has exceeded our expectations from a lifestyle point of view. We have loved every minute, and have had opportunities to travel we would never have had if we had stayed in Adelaide. The vibrancy of living in the UK has been wonderful for the three young children we have. There’s such a rich history too, and I have developed a passion for history which I lacked in Australia from school years onwards. The village we live in, Sutton Veny, is home to the largest number of Anzac war graves in the UK and has a rich Anzac history which is still very significant today.

A typical weekend usually involves racing, but if it doesn’t my kids often have some sort of sport on a Saturday or Sunday morning which I love watching. We try to take a Sunday trip to sites as Warwick Castle or London and are members of the National Trust. If we have visitors from Australia a classic English pub lunch a must. Cornwall and South Devon are great, and have had several great stays in St Ives with friends since being here. Personally I love the north of Scotland, the rugged beauty is stunning.

When we leave the UK, travel to anywhere the kids can get into the water and I can have a fish is a priority. My wife and I try and turn a working trip to Dubai for the World Cup Carnival into a short getaway. It gets us set for a tough year of domestic racing here in the UK.

Australian expats in London can enjoy the fun and frivolity of the race that stops a nation with the 2013 Corporate Traveller Melbourne Cup celebrations on Tuesday 5 November at Australia House. For more information click here.