It’s snot as bad as you think

According to new research by health services, having coloured phlegm or snot does not mean you need antibiotics. 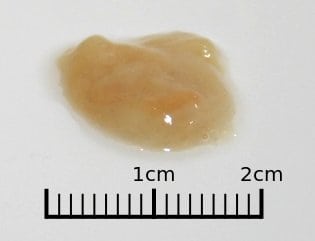 Green phlegm or snot is not always a sign of a bacterial infection which requires antibiotics to get better.

Some white blood cells, which are produced to attack any foreign material the body does not like, contain a green substance (a protein).

The greener your phlegm or snot is, the more of these white cells are present. And they are more likely to get better one their own.

Research by Public Health England (PHE) has found forty per cent of the general public believe antibiotics would help a cough with green phlegm get better more quickly rather than clear phlegm.

Dr Cliodna McNulty, head of PHE’s primary care unit said: “It’s a prevailing myth that anyone with green phlegm or snot needs a course of antibiotics to get better. Most of the infections that generate lots of phlegm and snot are viral illnesses and will get better on their own although you can expect to feel pretty poorly for a few weeks.

“There are plenty of over-the-counter medicines which are very effective in managing the symptoms of these illnesses and can reduce headache, muscle soreness, fever and sore throats.”

In most healthy people, phlegm or snot production with or without a cough will stop without a course of antibiotics, as your cold or flu-like illness clears up, although it may take up to three to four weeks.

This advice is issued on European Antibiotics Awareness Day (18 November) which aims to raise awareness of the risks associated with the inappropriate use of antibiotics and how to use them responsibly.

“The problems of antibiotic resistance are growing. Everyone can help by not using antibiotics for the treatment of uncomplicated infections,” Dr McNulty says.

“Any antibiotics we take will also kill many of our normal bacterial flora in the gut. Antibiotics also encourage other bacteria in our gut to develop resistance to antibiotics by changing their genetic make-up. These resistant bacteria can then in turn pass their resistance genes on to other bacteria, or they can be passed to other people we have close contact with. In the long run, this will mean our antibiotics become less effective, or in the worse case scenario, not effective at all.”

To get rid of a cough, without taking antibiotics try:

Not coughing
Although this may sound easier said than done, you may be able to cough less often by trying not to cough, because our desire to cough can sometimes be influenced by our brain.

Home remedies
Try simple home remedies, such as ‘honey and lemon’ — just add freshly squeezed juice from one lemon and a teaspoon of honey to a mug of hot water. Drink enough fluids to avoid feeling thirsty and suck lozenges.

Stop smoking
Smoking is one of the commonest reasons for a chronic cough. Stopping smoking — or at least smoking less — not only improves your cough, but also benefits your health in other ways (reducing the risk of heart attack, stroke, and lung cancer, for example).

Cough mixtures
There is little evidence to say whether over the counter medicines are effective for relieving cough symptoms. Despite the lack of research evidence, you may still get some subjective benefit from over the counter preparations — speak to your pharmacist.

Paracetamol
Paracetamol can help with relieving symptoms that may accompany a cough, such as a sore throat, fevers, and not feeling well.