It takes a village…and then some

Cultures collide in a new column from wife and mother ALEX BLACKIE, who shares with us the ups and downs of her Anglo-Australian family life in London. This week she finds there’s no one way, or one place to raise a child. 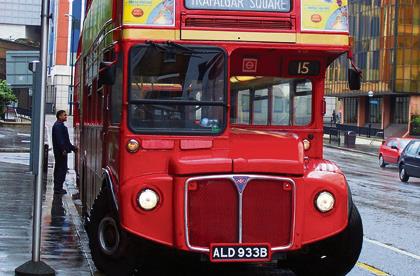 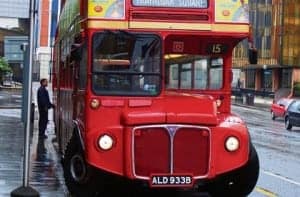 YESTERDAY, Bella and I just reached the bus as it closed its doors so she tapped on them, assuming the driver would let us on. Instead, he shrugged his shoulders and drove off. As we walked home furious, I told her about her first bus journey in Sydney.

She was exactly two-weeks-old and we were coming home from Westmead hospital with my mother, who was visiting us from the UK. I had Bella in one of those hippy contraptions, like a big green bumpy shawl across my front. She was screaming but so tiny, her screech was strange — hence the frequent visits to the hospital.

As we stepped on the bus, the driver frowned. “No dogs allowed,” he said. Now, I know I’m not Miss World but still, could someone be so rude? After some confusion, I discovered he’d thought my magical-amazing newborn was a yappy dog tucked against my chest! When I finally produced scrawny Bella, he nodded embarrassed and was up for a good chat. As he told us his entertaining stories about journeys in Paramatta and Westmead, he asked me where we lived. He checked with the other passengers and with their approval, went off his route, down some small winding roads and delivered us to our doorstep.

Eight years later, we’re still in London despite the bus drivers’ customer service. And that’s partly because here we have uncovered a gem, one of London’s many villages, invisible to single me eleven years ago.

Amongst the frenzied crowds of our urban life, tucked between the betting shops and pawnbrokers is this world of friends, shopkeepers, vicars, teachers and chemists – all caring for families like mine, all sharing the daily grind. It’s a free banana for Bella one day, a consoling conversation for me on another. Sometimes there are platitudes but mostly just friendships which I never expected to find here.

Sadly, this is accompanied by the realities of any mixed-continent family. Wherever we are, we’ll always be far from one of our families, from one of our homes. For the moment, it’s Lawza’s turn to spend hours on the phone at random times of the day, browsing at birthday pictures on Facebook. We’re slowly accepting that we may never know where will we ‘settle’ and our families have stopped asking us “will you ever go back?” or “when are you coming home?”

As the weather gets colder and we see pictures of Bella’s cousins at the beach, we wonder whether we’ve got it right. But then we realise we’ll probably never get it right. Instead, we’ll continue to just enjoy each day as it comes, wherever it comes, but probably not on a London bus.