HONEYMOONING NOMAD | Dry January is a great excuse to save your money and improve your health. But after 31 days without alcohol, if you feel entitled to reward yourself with a boozy weekend, maybe this approach is not working the way it should. 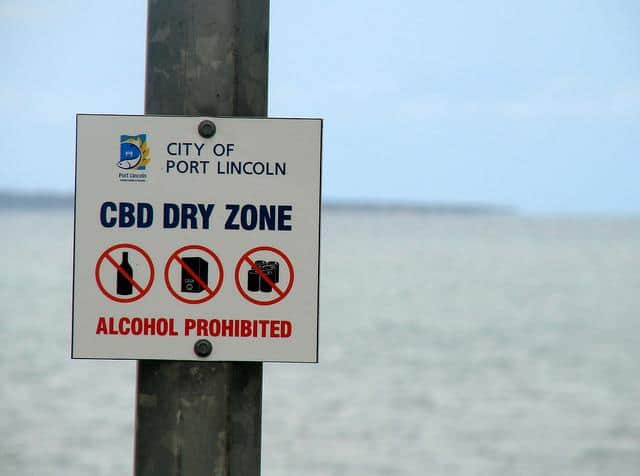 AUSTRALIA Day marks my 60th day of sobriety. That is 60 days since I had my last drop of alcohol. There was no Christmas party wine, no catch-up beers, or bucks fizz on Christmas morning for me. I also didn’t celebrate the New Year with champagne or a boozy night. My December and January (so far) have been completely alcohol free.

Ironically, I did not voluntarily commit to “Dry January” this year. It wasn’t part of my news year’s resolution to “Feel better. Save money. Make a difference.” If it was, I probably would have signed up to raise money for a charity.

Which makes me wonder, how many people who have committed to a dry January are raising money for a good cause?

I am sure there are many who have been forced into a dry January simply because their overworked wallets and hungover bodies took a beating over the festive season.  They feel the guilt of over indulging, perhaps they made a fool of themselves at the Christmas party, and now realise that their December pay cheque has to extend almost six weeks through to the end of January. Suddenly the New Year doesn’t seem so good and all of those promised catch ups over drinks are going to result in you surviving on noodles and toast for the next few weeks.

Others use dry January as a New Year detox. They want to lose a few kilos, they want glowing skin and they want a healthy eating plan. Subtracting alcohol from their diet is a great start. Sadly, if you are only abstaining for 31 days, the gains are only going to be short term.

Those that do not complete the 31 days of abstinence will proudly wear their failure like a badge of honour, bragging about their lack of self-control via Facebook or Twitter updates. Where is the honour in that?

Dry January is a great excuse for saving your pennies and short term healthiness. But all of this good work could be undone by “rewarding” yourself at the end of the month with a boozy weekend that makes up for all of those drinks you gave up.

Does anyone else think, unless you are legitimately raising money for a good cause, abstaining for one month is giving the wrong message?

Drinking, like smoking, is addictive. If you were able to complete your “Dry January”, congratulations! You deserve a pat on the back. Brag about it on Facebook, or annoyingly lecture your friends about how awesome a month without alcohol is. Just remember that abstaining from alcohol for one month does not mean that it is ok to indulge for the next 11 months of the year. Alcohol related diseases, such as liver disease, can develop over the course of many years and one month is just a drop in the ocean.

The idea of giving up alcohol for good can be daunting. Perhaps it would be better to use one month abstinence as a “trail run” to simply cut back your drinking and develop a healthier long term relationship with alcohol?

I had it easy. My abstinence from alcohol was due to a stomach bug which made me sick for much of the holiday season. Towards the end of January I decided that I would abstain for the rest of the month in a bid to change my long term relationship with alcohol.

I wanted to do this for many reasons. Reducing alcohol can potentially help you lose weight, reduce your weekly expenses, and it can give you more time for positive lifestyle changes such as going to the gym, walking the dog, or doing more around the home.

It helped me to think about the reasons why I drink and how I can change my behaviour. I proved to myself over the holidays and New Years that I could easily have fun without having a single alcoholic drink — so why not continue. Instead of “rewarding” myself at the end of a stressful day with a glass of wine, I will book a massage or go out to the cinema.  If I do feel like a drink I know that I do not have to fill the bottle-sized glass to the rim. I intend to catch up with friends over a coffee or lunch, instead of the pub, and I will avoid buying in rounds where I have to catch up with the fastest drinker.

My goal is to reach 100 days of sobriety. If I achieve my goal I will use the money I have saved to buy a new camera.

If I don’t achieve my goal there is always “Dry July” or “Go Sober for October”.