There is a group of Aussies living in London who are giving the rest of us a bad name. They're not quite as common as the purposefully overtly-ocker Australians you meet in the street (the Shepherd's Bush streets). But they're here and they are 'wannabe-Pomstralians'!

by Joshua Lloyd
in Expat Life 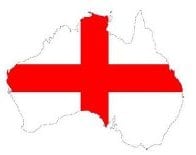 By Joshua Lloyd
I’ve written before on a group of Australian expats who give the rest of us a bad name in London. However there is a group of Aussies living in London who annoy me even more than the irritatingly boorish and loud, cringe-inducing and stereotype-reinforcing bogans one encounters all too regularly.

They are not quite as common as the aforementioned ‘Aussie, Aussie, Aussies’ — in fact they’d like to think they’re not as common in every sense of the word.

And they are much more difficult to notice than the purposefully overtly-ocker, which is exactly their intent.

They are ‘The Faux-English Aussie’.

We’ve all met a few. These wannabe-Pomstralians worked hard to eradicate their native twang since arriving in the UK.

They hail from Ryde, Freemantle, Hindmarsh or Fitzroy but sound like they graduated from Eton.

They say ‘rather’ in that posh, upperclass English way to agree with a statement. Too right they do.

We all adopt the odd phrase and pronunciation here and there. I’ve found myself asking questions in that weird sing-songy way that British people do, rather than the flat tone with the upward inflection at the end that is quintessentially Australian.
However there’s a difference when it happens quickly and profoundly, and when it has obviously been the result of a determined effort.

Wannabe-Pomstralians are basically saying they’d prefer to be British (posh-British) than Australian.

That is a slap in the face to their upbringing and their countrymen.

These people have forgotten their roots.

In fact, they’ve worked so hard to disguise who they are they probably wouldn’t even giggle at the last word in the previous sentence.