GO HARD OR GO HOME: There's a myth here in the UK that Australians and Kiwis don’t get along. I’d never heard of this so-called rivalry until I moved to the UK and, well, I really don’t like it. 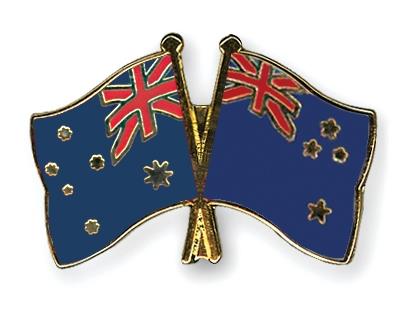 THERE’S a myth here in the UK that Australians and Kiwis don’t get along.

I don’t know if I’m alone or not, but I’d never heard of this so-called rivalry until I moved to the UK and, well, I really don’t like it.

My experience with New Zealanders, both abroad and Down Under, has been nothing but positive.

In fact, some of the best friendships I’ve made during my time in London have been with Kiwis.

I just can’t understand where this idea that we’re not friends comes from.

Sure, I’ve given them plenty of flak about their love of sheep and the way they pronounce bin, six and fush and chups (sorry, fish and chips), and they have the poorest excuse for Burger Rings and Twisties that I’ve ever tasted.

And in return, I’ve had to sit back and listen to them harp on about the Aussie cricket team’s recent failures and the way we give everyone nicknames — Wayne-o,
Dean-o, Smithy etc.

But at the end of the day, we all know it’s just friendly banter.

When earthquakes rocked Wellington and Christchurch, I sympathised with them as if the destruction was happening on my own turf.

And the support was mutual when Australia was overcome by devastating floods and hurricanes.

In fact, the bond I share with our fellow Antipodeans is so strong that while watching Naked and Famous perform at Latitude Festival recently I felt a sense of pride … even though they’re New Zealanders.

With such similar lifestyles and outlooks on life, it only seems natural for us to stick together when we’re in a different country, so far from home.

Besides, New Zealand is, like Tassie, just another Australian state after all.