I have a big confession to make

GO HARD OR GO HOME | I am going to be honest with you. I don’t care about the Rugby World Cup. Or the AFL Grand Final! 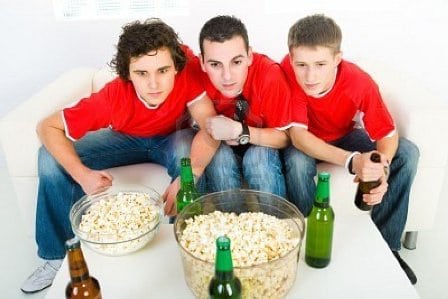 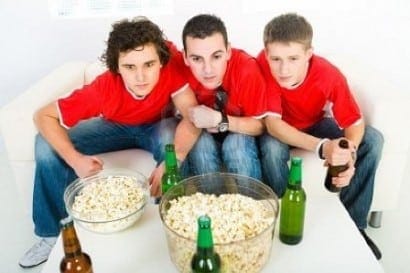 I DON’T care about the Rugby World Cup. Or the AFL Grand Final!

I told you it was big. At this time of year, when Aussies in London are rising at ridiculous-AM to watch finals and so on, this declaration is comparable to that of “I hate Vegemite” or, worse still, “I don’t like beer” (I love them both very much, for the record).

It’s not as if I haven’t tried to love these macho sports.

I’ve watched plenty of AFL, rugby and even league matches — on big screens in pubs, on TVs at friends’ houses, and even in my own home.

I understand the rules – they’re not exactly rocket science – and I find many of the players (ie, Buddy Franklin) very easy on the eyes.

Hell, I’ve even watched a (small) handful of AFL and rugby matches live — one of which was at the ‘G’!

I’ve been surrounded by screaming fans, seen the sweat, the blood, the tears with my very own eyes.

But despite all of this I can’t seem to commit to it like most of my fellow countrymen.

After about 15 minutes, on a good day 20, my eyes glaze over and my mind starts to wander.

It’s not all sports — I can watch tennis, swimming, netball or athletics with serious interest.

During the Olympics I feel a true sense of excitement and have been known to stay up until all hours to catch a big event.

But AFL and rugby just don’t have the same appeal.

Naturally, I’m drawn to the social aspects of both sports — the drinking, the banter.

But outside of the main event, I don’t pay any attention to what’s being said in the news, how the ladder is looking, or who is being drafted for the next season/tournament.

I’m reaching the point where I might just have to give up trying and accept the fact that I never have and never will care about what is happening on the field.

The truth of the matter is that it just doesn’t interest me. Now I’ll wait for the hate mail…