How I cope with UK winters

I’m starting to get goosebumps as the realisation comes to me that I’m about to go through this again.

by Melinda Edwards
in Expat Life 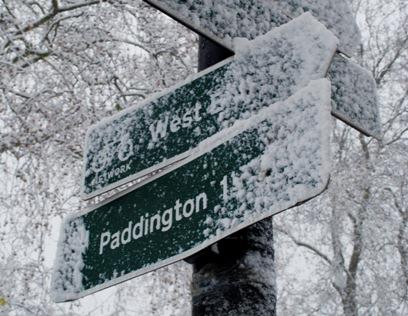 I’M lucky enough to sit near a massive window at work. I can see London weather change within an instance from sunshine, rolling clouds, drizzling rain and delicate thunder storms and sometimes all within one day.

The thing I hate about sitting near the window is that during winter I can see the sun setting by 3.30pm. It’s dark and I can feel the cold seep through the gaps in the frame and it makes me dread the need to venture out into the icy cold to get home.

I rug up in a massive scarf, knitted beanie, gloves, two pairs of socks, tights under my winter trousers, a long-sleeved thermal layer under my top, plus a long winter coat and more than likely a fleecy jumper under that. All of this and I’m still shivering as I walk through the wintry night to get home.

I’m starting to get goosebumps as the realisation comes to me that I’m about to go through this again; go through another winter that seems to be never-ending compared to the shortened summer days that are disappearing very quickly. How on Earth am I going to get through another UK winter that seems to be there, just peeking over the grey horizon?

A couple of Australians I know escaped the UK winter last year by heading to somewhere warmer — Spain was a popular choice.

Many more of my Australian mates announced they were considering giving up their visa and heading home before winter this year, unwilling to go through the ‘arctic-like’ conditions again.

Another friend who is staying over the winter months has said that denial is how he is going to cope with the onslaught of cold weather; while another is already stocking up on lemons and honey in preparation for the inevitable UK flu that will develop at the first sign of the mercury dropping.

With all of eight hours of daylight and the official ‘most depressing’ day of the year, Blue Monday, marking the dead of winter, there seems to be several downsides to living in such a cold country. But, there are certain elements that make winter in the UK almost fun — you just have to embrace it.

Instead of dreading the cold, we should face the fact that we live in such a climate that allows us to venture to work through the snow, or even better, living where we may have no choice but to stay home from work due to the London transport system not coping when even a hint of snow falls onto the tracks.

We live somewhere where we can get excited about making snow angels and human-sized snowmen and ice skating at any one of the many ice rinks that pop up around London. We live in a city that takes the Christmas spirit seriously, including Christmas parties with plenty of mulled wine — something to really get excited about — and elaborately decorated department store windows with their displays of Christmas from all corners of the globe. We live in a country where we can snuggle in bed while it’s still dark outside at 8am with the heater cranked up to maximum, much to the dislike of the landlord. We also live within a couple of hour’s flight to Europe where whole cities become magical Christmas villages, there for us to make the most of the season. 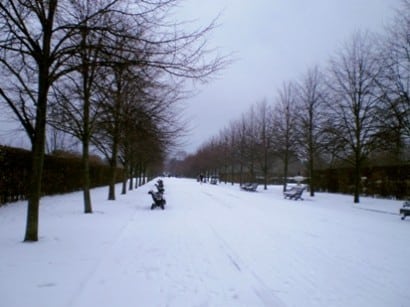 What better coping mechanism is there by facing the grey and murky winter and all its icy glory head-on?

Even though when it comes as early as October, I know I’ll be wearing ear-muffs on my walk to the Tube to prevent my ears throbbing from being exposed to the icy air (yes, I wear them because I don’t want to mess up my hair).

I know there are reasons why winter is a merry time; we just have to keep reminding ourselves that there is an upside to it. Besides, it will be warm again in a few long months — for a couple of days at least anyway.