Hanging up the backpack?

GO HARD OR GO HOME | I love travelling, but lately I’ve realised this love is not as unconditional as it once was. 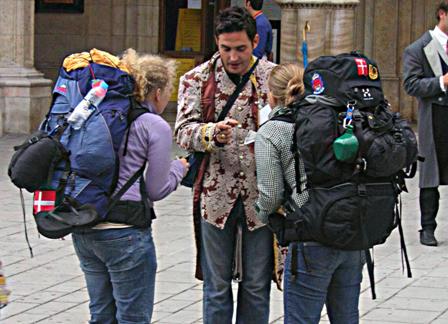 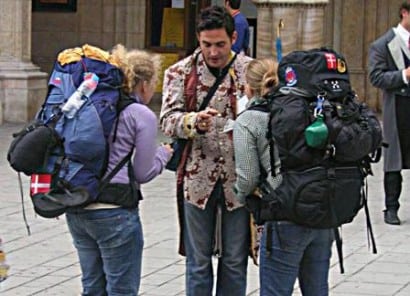 I LOVE travelling, but lately I’ve realised this love is not as unconditional as it once was.

The more I do, the more I find myself saying: ‘I am getting too old for this!’

Flight delays, hostel dorms, campsites, heavy luggage and dirty bathrooms are just some of the aspects that really test my once easy-going, resilient backpacker ways.

There was a time not too long ago when I found the idea of spending a couple of days in a hostel exciting.

It offered the chance to meet new people from all over the world — whether it was at the grungy hostel bar, in the dorm room itself or while queuing up for the free ‘continental’ breakfast.

But now when I am forced to stay in a hostel (usually due to budget restraints and/or peer pressure), I loathe the idea.

I curse the bar for being too loud when I am trying to sleep, I opt for a private room where possible as to avoid bubbly, talkative roommates, and I choose to skip the continental breakfast. The thought of eating cornflakes, white toast and the nastiest instant coffee you can find now makes me gag.

But it’s not just hostels that now make me cringe while I’m on a holiday.

In the past year my tolerance for airports has declined ten-fold.

A flight delay wouldn’t have affected my mood. Now, I see red — as if I haven’t been waiting in this bloody airport long enough.

And being searched at security gate or interrogated at immigration were things I found actually quite funny — now I groan and think to myself: ‘Honestly! For god’s sake, do I look like a drug smuggler/terrorist?!”

Surviving on a shoestring was also something that never used to bother me, but now the list of ‘luxuries’ that I am willing to sacrifice is shrinking. Rapidly.

If I can’t afford to travel by plane or a super-fast train, I’m just not going.

I’ve reached the point where I’d rather stick pins in my eyes than endure an overnight or eight-hour-plus bus ride, even if it means adding an extra stop to my itinerary.

But despite all the suffering and pain that I endure while travelling, I, thankfully, always look back on my adventures and only remember the fun I had.

And then I book myself into a 10-bed hostel room, just so I can do it all over again.