HONEYMOONING NOMAD | How much can you actually accomplish in a minute? 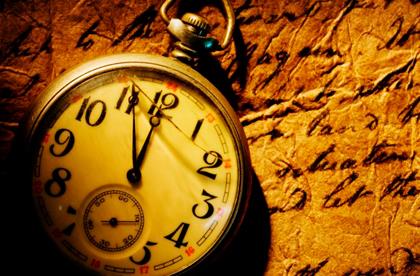 SIXTY seconds sometimes seems like it stretches forever. Like when you are waiting for a train, in a boring meeting or holding out for something exciting to happen.

However, I have also learned so much can change in one minute. An event which takes less than sixty seconds to occur can have a significant influence on the course of everything.

About 12 months ago I was recovering from a very stupid minute. This stupid minute significantly changed the course of our honeymoon and our gap year. In years to come we will probably refer to this stupid minute as the minute which could have ruined it all.

While in Paris on our honeymoon we went out for a number of drinks in Montmartre. We took our passports out with us, thinking that we would require them as proof of age as we had during our three weeks in the US. That was my first mistake. My second mistake was to not take better care of my belongings.  Actually, it was probably the amount of alcohol consumed. The third mistake was that, just for a minute, I forgot I was responsible for a bag that contained both of our passports.

It only took a minute and everything was gone. My identity, along with all of my cash, my cards, my spare amber earrings, both passports, and the rest of our honeymoon plans, were gone — in less than sixty seconds.

Another example is the story of our Kiwi friends, who were two of the 11 crowd members injured in the Isle of Man TT a few weeks ago. It only took a minute for the motorcyclist to lose control and plunge into the crowd. They are now both in hospital and will have months of recovery ahead. A minute changed everything for them.

It took several days for us to sort out emergency passports, and several months to sort out full validity passports to take us on to London. It was another 18 weeks before the UKBA finally replaced our working visas and we were allowed to work again. Finally, six months after the one minute that changed everything, we were able to return to work, register for a local doctor and apply for our NI numbers.

Hardly a minute goes by where I don’t think back to that time and remember how much changed because of that one minute. We were lucky that our minute that changed everything was not worse.

I just hope that our friends, Luke and Tracy, are just as lucky and have a smooth and speedy recovery.