Going off the grid and beating the smartphone addiction

I’m going to admit it. I’m a bit of a smartphone addict. But I may have found a cure. 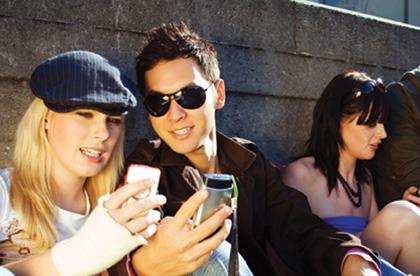 I’M going to admit it. I’m a bit of a smartphone addict. After years of dealing with a trusty but ancient old Nokia last year I branched out and got a Blackberry. And just like that, it was like a whole new lease on life. Having an internet connection anywhere (except on the Underground) I could do anything – look up maps, check the tube lines before I left somewhere and connect to my favourite social networks. This instant connection immediately fuelled my social network addiction as Facebook, Twitter and Whatsapp were quickly downloaded. A few months later there was the addition of a work phone in form of an Android and I was introduced to Instagram, Words with Friends (among many other games) and of course work emails.

So you can imagine my horror when recently on holiday I made the rookie mistake of forgetting my power adaptor for Europe. While smart phones are incredibly smart (although with my overuse the battery doesn’t last long), after a day of texting, searching and planning, I was smartphone-less an hour after arrival. Thanks dead battery…

Usually when travelling I won’t even allow data roaming due to the extra charges, however nowadays hostels and hotels usually provide some free Wi-Fi (and there is always trusty Maccas) so I can almost always get my fix of checking in on Facebook and updating my Twitter. I can even usually find a spot to upload my latest photo to instagram and send the photo via email to my Mum who hasn’t quite caught up on other technology.

This time, however, I was off the grid completely. How could I brag to people back home that ‘yes, indeed, I was in Italy, eating delicious food and drinking cheap wine’. They would have to wait four whole days to be jealous when they saw my photos uploaded. Not only that! What would I spend my time doing while I waited in coffee shops, train stations and airports with Wi-Fi connection? The people waiting on my Draw Something masterpiece would think I had fallen off the face of the earth. I couldn’t even check the time because I had forgotten my watch too!

At first, it was frustrating but after a day or so it didn’t matter. I actually became accustomed to not even taking my phones with me. Not only did it make my bag slightly lighter but it lifted a weight off my shoulders with my temptation to check work emails or compare bank holiday weekend Facebook status updates with my friends. I actually spent four days on holiday. A complete break from the rest of the world and instead of spending waiting time on my phone I spent it chatting to others, taking in the sights around me and getting back to one of my favourite hobbies of people watching. Even text messages from friends went unanswered and you know what – the world didn’t end.

By the time I got home though I was ready for a hit and instantly connected my phone to the charger imagining hordes of emails, texts and notifications. In fact I had two text messages, three notifications and about 40 emails which were all newsletters, vouchers and subscriptions. Ok and I had a few games of words with friends to play as well but overall it was under whelming and even more proof that I don’t miss much if I just put my phone away. Still, I can’t break the habit and while I’m in London I’m still as much as an addict as ever. But I know for sure that next time I go on holiday my phone might not be coming with me.

Read about: Getting the royal treatment at Kensington Palace