Getting Shakespearian at the Globe Theatre in London

BRON IN THE DON | Our London adventurer decided to transport herself back to the fabled days of William Shakespeare and tick a legendary experience of her London Top 100 list - #61 London’s Globe Theatre. 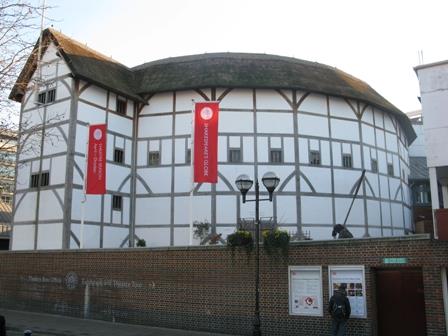 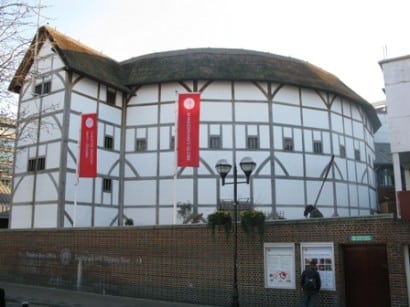 THE days are slowly getting longer which means only one thing — summer is on its way! With the temperatures rising, London opens up a whole other side of adventures made for clearer skies. More specifically on the London Top 100 list, Number 61 — Shakespeare’s Globe.

The Globe is an exact replica (or as close as you can get) of the theatre where the bard’s sonnets and plays were originally performed. Located on the Thames and open all year round for tours, the Globe Theatre is better known for its summer programme of open air theatre, which does continue rain, hail or shine, with a schedule of Shakespeare works acted every year.

The Globe is set up unlike a traditional theatre as it has general admission standing tickets in “The Yard” (the cheapest at £5) which means you have to stand for several hours but probably have the most engaging view of the play. Then there are the Lower, Middle and Upper Galleries which provide better views and seating (although it really is just a wooden bench so take the option to hire a cushion) from any price up to about £50.

Tickets to the Globe aren’t easy to come by unless you are early off the mark or prepared to queue on the day so I would recommend booking early (for example the Twelfth Night is already sold out for the upcoming season). Last year I managed to snag some tickets to a show by booking three months in advance.  A couple of friends and I went to see Midsummers Night’s Dream in September and had a fantastic time. We were lucky enough to score a rare clear night during an Indian summer but by the end of the show we were huddling in our coats.

When we got in we were seated in the lower gallery meaning we were slightly raised off the ground but didn’t have spectacular seats. This didn’t matter too much as we got to see most of the action as the characters often walked through the crowd, ran across the stage and climbed up the pillars. As I am not a literary expert or theatre buff I was a bit worried about not being able to follow the story line but thanks to a friend who’d read the Wikipedia version and the fantastic acting of the players I was easily able to follow and enjoy the show. 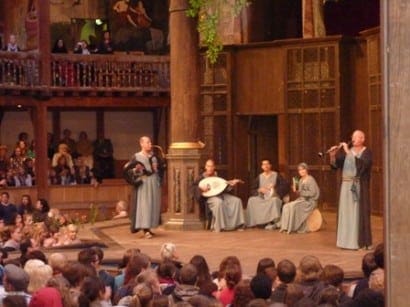 The Globe also attracts some famous faces with Stephen Fry featuring in this year’s line-up.  During my show of Midsummers Nights Dream I kept thinking one of the players had a familiar face and it wasn’t until halfway through the second half I realised that it was Joseph Marcell — otherwise known as Geoffrey in Fresh Prince of Bel Air!

While I can’t account for the atmosphere at a show in times of the famous British bard,  I can certainly say that when I went to the Globe it was fizzing. The open air, the murmuring and interaction in the crowd and a gorgeous story is the perfect recipe for a dream ‘mid summers night’.