Getting all hot and bothered in Britain

I can’t help but love the British reaction to a 30 degree heat-wave. And from a place where the populace go out and 'buy' sunshine. 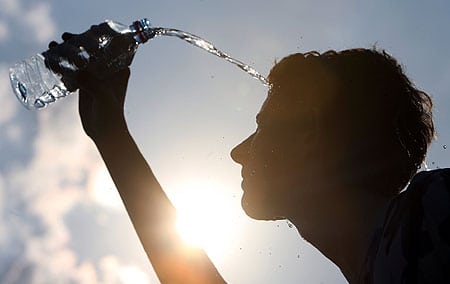 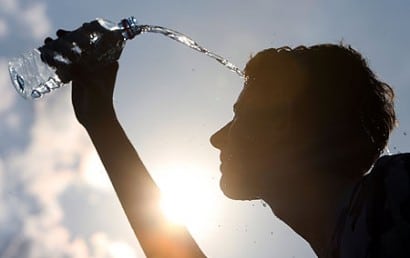 I’VE become used to living in England, a country where people ‘buy’ sunshine.

They save up money and time to sit in resorts or on beaches. They also have this obsession with a ‘tan’ — proof that you have access to this precious commodity of sunshine. Which is why, when the sun hits their own shores, I find it fascinating how worked up they get over it and am amused at how I might be going the same way.

I remember laughing out loud when I first saw the advertisements on the tube warning people to carry water when commuting due to the ‘extreme’ summer heat. This was before I realised that air-conditioning on the underground doesn’t really exist and, only just the other week, witnessed my first fellow elderly passenger pass out.

Being a Sydney girl I love summer and have often giggled at how the English whinge about the hot weather despite constantly trying to chase the sun elsewhere in the world. However, I’m shocked at my recent inclination to defend them.

At home I take for granted that when the weather gets a bit too hot I can always jump in the ocean or at least enjoy a swim in a mate’s pool. We equip ourselves in Australia for the onslaught of summer as much as we under-prepare ourselves for the shock of winter. Here it’s exactly reversed; it takes imagination to endure a hot day in London. There is little escape from a heat wave unless you actually leave the city altogether. It involves avoiding tubes, finding parks with shady spots and trying to stay away from the stagnant humidity of the central City.

I attended a BBQ last weekend with a mixed crowd. During the sunny afternoon we all milled about and yes, there were a few whiny comments about how the heat ‘was a bit much’. However when it started pelting down with rain unexpectedly, all us Aussies ran indoors like wimps and watched as a couple of the English lads created a canopy over the barbie with their brollies and kept calm and cooked on. I can’t help but think we could learn from each other in this sense.

In Oz I’d like to have more central heating, more pubs with open fires and for people in general to be in less denial that winter actually exists. Likewise, perhaps us Aussies should stop laughing at the Brits sweating and whinging and get involved in a few more muddy festivals and sun-baking in the park.