Fellow Australians, heed the call: there is life outside of London

As an Australian living in Oxford, AMBER ROSE hopes to convince fellow Australians that there is life outside of London, and a pretty good one at that. 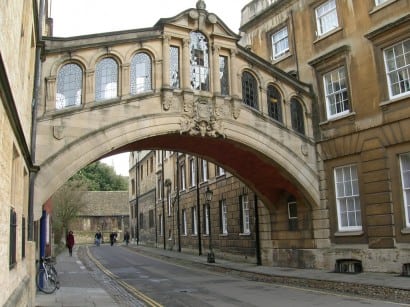 HAVE you ever noticed how some people back home equate London with England, and the UK in general? As in — when you say “I live in the UK”, it is immediately assumed you live in London.

Maybe you haven’t noticed this, but I have because I am one of those elusive Aussies living in the UK, but – shock horror – not in London.  When I am back home, I’m always being asked, “How are things in London?” and, “When are you coming back from London for good?” I DON’T LIVE IN LONDON. And for the record, London and the UK are NOT the same thing.

There are, in fact, lots of Aussies living outside London. Lots and lots. However, we’re still in the minority — despite the number of times I hear a nasally ex-pat voice in the background wherever I happen to be (you know, the one that makes you think – I don’t really sound like that do I?).

If you fancy being somewhere where Aussies are fewer and far between, I’d suggest a move to another part of the UK. I live in Oxford, and I adore it. I have friends and relatives living in the capital, and though I’ve been tempted to join them from time to time, Oxford is where I have stayed. I am rather spoilt with London only an hour away by train, and Heathrow nearby too. So, although I admit that Oxford will never be London, it is the closest thing to having the best of both worlds.

Living outside of London lets you have a different experience of the UK, and possibly live in a way that isn’t possible in London (unless you have a significantly larger pay packet than mine).

For instance, I have a car. A Mini of course, I live in Oxford don’t you know? The Mini plant is about a ten minute walk from my front door. And that front door belongs to a house, rather than the flat which would be all my boyfriend and I could afford in London.

Living in a compact city like Oxford, you get it to know it on a level you could never know London. For all the times I’ve been to London, I feel I’ve hardly scratched the surface, and I’m sure most Londoners are only intimate with their own stomping ground. I know Aussies who won’t go south or north of the Thames river depending on where they live, let alone the natives.

I’ve been living in Oxford for about five years now, and in that time I’ve really got to explore every nook and cranny, and start to feel I know the place as well as a local — in fact I’ve probably seen more of the city and the University than most of the locals I know.

London is brilliant, but it’s not representative of life in the UK. I know of so many people who have come to the UK, spent their two years in London, travelled all over Europe, but hardly ventured anywhere else in Britain. Which is a great shame, because there is so much more to the UK than its capital, as mesmerising as she is.

I fell in love with Oxford the first day I arrived here, and many of you probably feel the same about London. So even if you don’t fancy upping sticks and heading out of the city permanently, at least consider visiting some other nearby cities and sights the UK has to offer during your time here. Did you know Oxford is only an hour away by train? Which is probably about the same as a trip from south to north of the Thames.