Exploring the Museum of London

BRON IN THE DON | Our London adventurer fell in love with this grand old city all over again when she ticked number 33 off her London Top 100 list and visited the Museum of London. 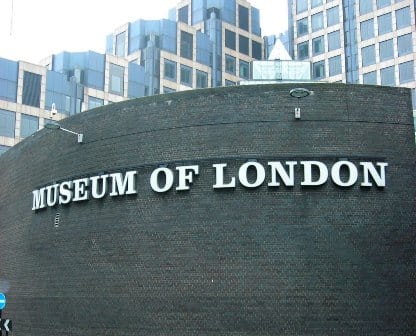 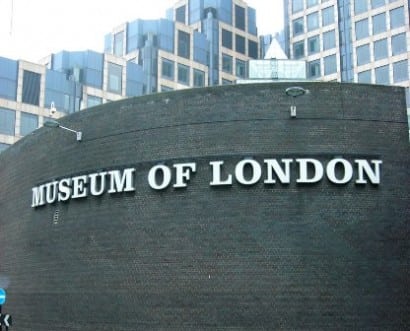 THERE ARE varying museums right across London focusing on a variety of themes from Natural History to Fashion — even an Old Operating Theatre. On my adventures so far my favourite has been a museum dedicated to the amazing city itself — the Museum of London.

Located right near the Barbican, the Museum of London doesn’t have as beautiful facade as other museums like the National History Museum and could be mistaken for another office building. However what it lacks in exterior décor, it makes up for on the inside with its extensive information and a wide range of exhibitions.

I decided to visit the museum on a cold gloomy winter’s day thinking it would be a great chance to tick off number 33 on the London Top 100 list without battling the weather, however I had made the mistake of going during half term. Yep — it meant that the museum was packed! There were families and kids everywhere and it is for this reason that I quickly skimmed the Roman and Medieval Galleries and headed straight downstairs to the more ‘modern information’.

This area featured information and artefacts from the Great Fire onwards and while I am sure the other galleries were interesting, it was this part of the museum that immediately turned me into a kid on half term break. I wanted to play with every touch screen, press every button and watch every video. I circled the outside of the room following a timeline that had momentous events on it from both history and members of the public who had bought a spot for a specific year. My favourite area was from ‘1950’s to today’ which displayed different forms of pop culture through the decades — from fashion, to music trends, advertisements and nick nacks – it was fun to see how the city had evolved and grown up.

The exhibitions do not only focus on London’s past but also feature an extremely interesting view into London’s future – the museum has many facts and figures about population and growth rates. With the help of artists’ impressions you can try to imagine this already bustling city with an ever increasing population. Directly adjacent to this area is a more traditional gallery that features the Lord Mayors stage coach decked out in real gold, which is used every year for the Lord Mayors Show.

There are also more serious aspects to the museum with a dedication book to those who lost their lives in the London bombings. It was sobering reading letters and dedications from their loved ones but also an inspiration to see how their memories live on and how the city has rebuilt itself since then.

After several hours in this lower level section, I reached my museum limit and I took refuge in the café via a trip to the gift shop. If you are like me and are a sucker for London or British paraphernalia then this is the place to get it — the child in me ended up buying an ‘I Love London’ lunch box.  I am sure that my few hours inside and any attempts to describe how interesting this place is doesn’t do it justice. If you are as much in love with this city as I am then you will most certainly love the Museum of London.