Don’t be so tents, go and get your camp on

THE HARD WORD | A recent study found travellers who go on camping holidays in the UK will find their break less stressful than those who head abroad. So why such vehement opposition to the whole thing? Why do some deplore the idea of finding the camper within us all?

by Nathan Motton
in Expat Life 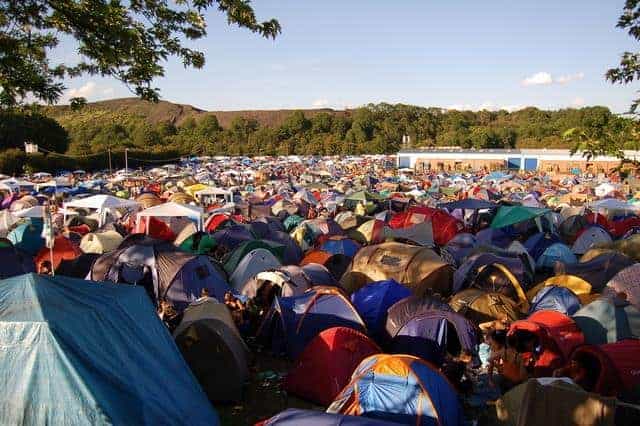 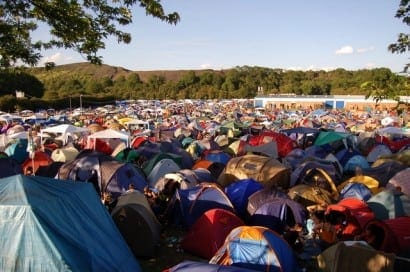 CAMPING is something that’s not exactly embraced in this country, is it?

For Australians living in the UK, it’s rather baffling why camping is almost frowned upon here. The Brits just don’t get it, and frankly don’t want to get it.

You tell them you’re going camping and they look at you as if you just explained you’re going to spend a year in Iceland, in winter, in a hut, with only necessities, and no clothes. Perhaps that is precisely how they view the whole ‘ordeal’.

Maybe that bloody temperamental weather has completely thrown them off the scent, or created a rather nauseous one ever since the Brits were peas in a pod. Maybe if the weather here was a little bit more like… ours… then they would warm (literally) to the idea? Maybe not.

But having undertaken this sacred ritual (isn’t it?) in Australia and now enough times in England to be somewhat of an authority, The Hard Word is here to get the Britons, and everyone else for that matter, out of their comfortable 4 star hotel and into a tent.

A recent study found travellers who go on camping holidays in the UK will find their break less stressful than those who head abroad.

Jungle Formula, which commissioned the research, said: “Not only is the journey usually shorter, but you don’t have to navigate your way around airports, worry about delays and cancellations or deal with the endless queues at check-in and security.”

It’s not that I’m an environmentalist or anything too deep. But I think camping is genuinely one of the most relaxing things you can do. Having recently returned from four days of camping at a music festival in the glorious English countryside, I’m as convinced as ever it doesn’t get much better.

Granted we’re not talking here about ‘camping’ in the purist sense, but it’s the same thing. It was far cheaper, it required less packing, there were no queues, no awkward searches at security, there were no insects (unlike Down Under), no vaccinations and no stress.

A small gas bottle, a saucepan, a few eggs, beers, meat, beers, salad, tent, beers, blow up mattress, beers and a doona and you’re set for a long, long time.

And as for the weather, well in case you’re wondering, it absolutely poured rain for three of the four days. The tent withstood it (just), the wellies allowed us to plough on through two foot of mud everywhere and the beers kept us warm. Not a shower in sight. Not a cake of Dove to be seen, nor a nice big bottle of Head and Shoulders. No internet, no phone reception, no contact with the outside world. Just like a holiday should be. And set in the most magnificent rural heart of Suffolk.

I’ve said it once and I’ll say it again. England is an incredible country to explore, and I’m just about convinced that the best way to see it, indeed to see many countries across the world, is camping. You get such a greater appreciation for the landscape, its beauty, its ruggedness… and ohhhh… the serenity!