Dad, I want to play for ENGLAND

One of the main dilemmas of the expat lifestyle is: which country will your children support and/or play for in sport? Bon8 takes us through one very tough question for an Aussie dad. 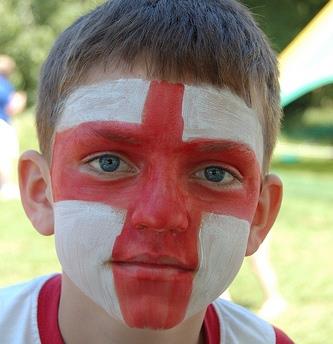 AS I sat in my shed last Sunday arvo, dressed in my brand new Carlton jersey and watching the Blues vs West Coast via the internet, my 13 year old son interrupted with a earth shattering comment.

“Dad, I want to play for England.”

”L…l…l…lets talk about it later,” I said shaking and out of focus.

Sometimes in the heat of the moment it’s better to delay the reply!

What did Bernard Tomic’s dad say when little Bernie chose Oz over Germany? And what about Laura Robson’s dad, what did he say when she pulled on the Union Jack tennis top?

My mind raced. What have I done? What if my son is really good and actually beats the Aussies?

It’s almost like betting against your own team in the tipping comp but only, this is life changing.

Should we move back to Perth to avert this disaster?

Should I frame his birth certificate and hang it above his bed? Too many questions…

And was he asking me or telling me?

Well, I can tell you one thing for free. If he does play for the Poms, I will be standing in the middle of the England dressing room with the green and gold proudly on display and there’s not a thing they can do about it!

Who do they think they are anyway, this is kidnap!

Encourage him but ensure he fails.

Get a grip man, this is your son! I must support him to be the best in whatever he does, but England…?

Why not Slovenia? That would be way better. Or Finland! I love the Aussie bar in Helsinki and the midnight beer garden.

Damn! I am as torn as Natalie Imbruglia.

I love him but I love my country. This is taking playing for the opposing team to a whole new level of extreme.

What should I have done better? I always raise the Aussie flag at every opportunity, he has a Chris Judd poster on his wall, I am even teaching him to play the didgeridoo!

Where has it all gone wrong?

Forget that, what are all my mates going to say? Best keep this quiet, yeah maybe pretend he never said it, let it blow over…yeah.

I look to the framed pic of Warnie hanging on the wall. What would you do Warnie?

Then I think, bugger, what about my other son. Or my daughter? Oh God this could just be the beginning….

I look back to the game and realise its finished and the Eagles have done us!

My son sticks his head around the edge of the door and with a big grin says: “No worries dad, only joking, Oz all the way”.

Bloody hell, I need a beer……

But he’s got me thinking. What would you say?