Celebrate the Melbourne Cup 2014 in London

Melbourne Cup 2014 in London: Don't miss out on the race that stops a nation!

Just because you’re in rainy England instead of sunny Australia, you don’t need to miss the big Australian events.

From cheering on your team in the AFL Grand Final (albeit at 5am), to singing along to Waltzing Matilda on a wintery Australia Day, these key dates and traditions can always be continued in London.

And so, the first Tuesday of November – a date that all Aussies know as the race that stops a nation’. A day of horse racing, champagne, and fun. For over 150 years the Melbourne Cup has enthralled audiences, both at home and abroad. More than 700 million people worldwide watch the race.

There is of course, good and bad news for London-based Aussies. First the good: you don’t have to miss out on the Spring Racing Carnival fun, because Australian Business and Corporate Traveller are hosting a Melbourne Cup Celebration at Australia House in London on 4 November.  From 6.30pm, Australia House will be transformed into Flemington Racecourse, for an evening of fun and frivolity. 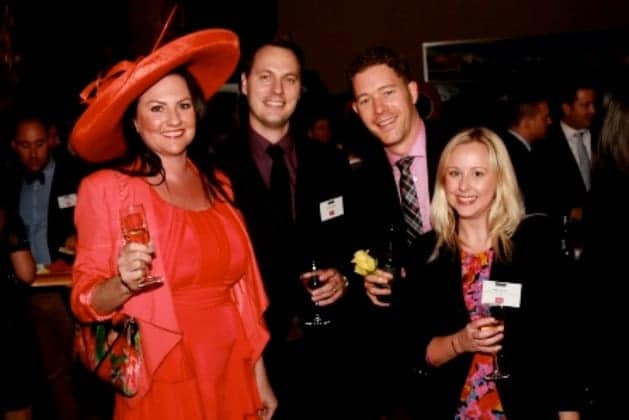 Bubbles, wine, beer and canapés will be flowing all night – and of course watching the race on the big screen.  Head along in your best racing attire (think hats, fascinators and pin-striped suits). The best dressed on the night will participate in Westfield’s Fashions on the Field parade – with prize packs valued at over £300.And if you haven’t had enough by the time gates close at 9pm, your tickets include free entry and a free drink awaits you at the nearby after party.

The bad news: the sun probably won’t be shining for this Spring’ Racing Carnival, and you probably will have to go to work during the day instead of enjoying a BBQ with mates. Sorry!

All-inclusive tickets to the Corporate Traveller 2014 Melbourne Cup Celebration cost £42 and can be purchased from Australian Business at invitations@australianbusiness.co.uk or on 020 7099 8444.

Bushfires had torn through the habitat of the critically endangered species.

The LHCb collaboration at CERN has announced the discovery of a new exotic particle: a so-called “tetraquark”.