Cabs off to transport in London

BACK in Oz, before heading to London, I hired a black London cab to chauffeur my dad, my bridesmaids and me to my wedding. 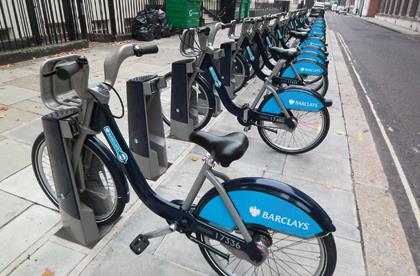 By Nina McGrath
BACK in Oz, before heading to London, I hired a black London cab to chauffeur my dad, my bridesmaids and me to my wedding. It was an old and temperamental beast, which had to be run for ages to warm up before you could actually go anywhere. Full application of the brakes was required to start the long process of slowing the cab down. Thankfully, with the careful navigating of our chauffer-for-a-day and a little backseat-driving from my Dad (as well as all other road users giving us a wide berth) we made it to the church safely and on time.

My first experiences with a black cab in London were slightly different. We assumed we could use a credit card to pay for a cab, but a ticked-off cabbie told us otherwise. We waited for a taxi that could take a card while Londoners with cash sailed past us and into the black cabs, calling destinations to the drivers that were familiar to me from endless games of rainy Sunday afternoon Monopoly (“The Strand”, “Piccadilly”, “Trafalgar Square”). Finally a cab was able to take us. The bored driver looked on as we hauled our luggage into the back and flopped exhausted onto the seats. Black cabs are fantastic if you have something big to transport, my husband and I delivered a boxed 32inch LCD TV in a black cab – we and the TV fitted comfortably in the back. The five members of my work team could also fit comfortably in a cab to travel to work celebrations.

However, it is an intensive process to become a London cab driver. You must pass the Knowledge of London Examination System, informally known as ‘The Knowledge’, a comprehensive study of pre-set London street routes and places of interest. It is the world’s most demanding training course for taxi cab-drivers, and applicants will usually spend just under three years studying the Public Carriage Office ‘Blue Book’ (‘Guide to Learning the Knowledge of London’). This covers the 320 main routes, encompassing 25,000 streets in central London, major arterial routes through the rest of London and any points of interest, which include not only hotels, theatres, restaurants and railway stations but important places of worship, cemeteries and crematoria. It generally takes twelve attempts to pass the final exam in which the driver must, without looking at a map, identify the quickest and most sensible route between any two points in metropolitan Londonthat their examiner chooses. For each route, the applicants must recite the names of the roads used, where they cross junctions, use roundabouts, make turns, and what is ‘alongside’ them at each point.

The Knowledge was initiated in 1865, and has changed little since. As a result, London taxi drivers are experts on London, and have an intimate knowledge of the city.

Another icon of London transport is the red double-decker bus. I rode on these countless times in London, the most memorable trips being those spent sitting in the front row of the top deck as it crawled along Oxford, Regent and Bond Streets admiring the Christmas lights. It seemed like the top of the bus was brushing the sparkling presents, snowflakes, umbrellas and nets of golden lights that were suspended over the busy streets.

I regularly caught a bus that passed by the graffiti adorned fence of the Beatles Abbey Road recording studio, driving over the zebra crossing immortalised on the Beatles Abbey Road album cover. This presented some difficulties as there is usually a steady stream of tourists and/or Beatles fans attempting to get their picture taken on the zebra crossing. They either cross slowly or stop altogether to get the shot, to the frustration of the bus drivers and the general driving public. To see for yourself, check out the Abbey Road Crossing webcam.

You can take a ride on a historic red rear-entrance double-deck Routemaster on one of the two heritage routes; heritage route 9 from Kensington High Street to Aldwych, and heritage route 15 from Trafalgar Square to Tower Hill for a regular bus fare. The Routemaster buses are also occasionally pressed into service as a rail replacement service during maintenance.

London mayors love messing about with Public Transport. Ken Livingstone phased out the Routemaster in order to provide wheelchair accessible ‘bendy’ buses. He was replaced by Boris Johnson, the man with the wild blond hair and permanently surprised expression of Rod Stewart. Boris made the controversial and expensive decision to withdraw the bendy buses and design a replacement that looks like a modern remake of the Routemaster. He also installed ‘Boris bikes’, public bicycles all overLondon. The press photographs of Boris gamely using the ‘Boris bikes’ may not have immediately encouraged their use but they are certainly all the rage now.

One aspect that made a great difference to catching public transport in London was the availability of free newspapers to provide reading material for your journey. Without a free newspaper the unprepared commuter was left to pondering the lack of geographical correctness of the tube map, the antiquated nature of the phrases ‘mind the gap’ and ‘alight here’, or find amusement in the names of tube stations such as Tooting Bec, Elephant & Castle, Swiss Cottage, Chalk Farm and Cockfosters, or train stations such as Tooting, Catford, Bat & Ball, Nun Head and Petts Wood. Thank goodness for daily papers City AM, the Metro and the Evening Standard which fill the gap between weekly issues of Australian Times and provide enough reading material for most journeys.