People often ask me why I left Australia; the English just can’t seem to comprehend it. They cite the weather, beaches, girls and attitudes as clinching proof that you must be insane to leave. And, I can never seem to give them an answer which satisfies them — or me. 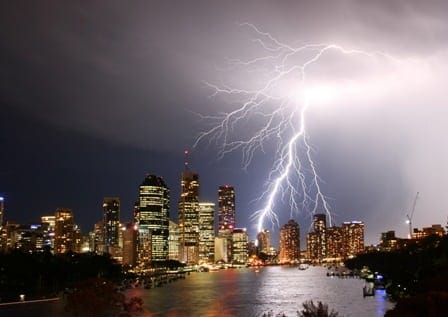 People often ask me why I left Australia; the English just can’t seem to comprehend it. They cite the weather, beaches, girls and attitudes as clinching proof that you must be insane to leave. And, I can never seem to give them an answer which satisfies them — or me. So, I wondered how I would have sounded if someone interviewed me at Brisbane Airport on the day I left for London.

“Tell me Arthur, just why are you leaving Brisbane — where your family has lived for generations and where you could, for the asking, have a niche carved out for yourself and your children so that you might live in peace and security for the rest of your well-fed days?”

“Art, mate, you seem like a reasonable guy — just what is it about Brisbane that makes you want to flee? I’m not prying, you understand, I’m just a reporter and I’m from Perth, myself, but they sent me out here to…“

“Certainly. I just wish I could … ah … you know, I’d just like to be able to tell you that … ah … maybe I should say that I feel a coal sack coming down on me … purely symbolic, you know … the venal ignorance of the fathers being visited on the sons … can you make something of that?”

“Well ha-ha, I sort of know what you mean. Back in Perth, it was an iron ore sack, but I guess it was about the same size and…”

“Look, Arti, mate, I wish I could say how much I sympathise, but you understand that if I go back with a story about a coal sack they’re going to tell me it’s useless and probably fire me. Now, I don’t want to press you, but I wonder if you could give me something more concrete; you know — is there not enough opportunity here for aggressive young men? Is Brisbane meeting his responsibilities to you? Is our society not flexible enough for young people with ideas? You can talk to me, mate — what is it?”

“Well, buddy, I wish I could help you. God knows that I don’t want you to go back without a story and get fired. I know how it is — I’m a journalist myself, you know — but … well … I get The Fear … can you use that? Brisbane Gives Young Men The Fear-not a bad headline, eh?”

“Come on Behan, you know I can’t use that; coal sacks, The Fear.”

“Goddamnit, man, I tell you it’s fear of the sack! Tell them that this man Behan is fleeing Brisbane because he suspects the sack is full of something ugly and he doesn’t want to be put in with it. He senses this from afar. This man Behan is not a model youth. He grew up with two toilets and a football, but somewhere along the way he got warped. Now all he wants is Out, Flee. He doesn’t give a good shit for Brisbane or his friends or anything else… he just wants to find someplace where he can breathe… is that good enough for you?”

“Well ah, Behan, you sound a bit hysterical. I don’t know if I can get the story on you or not.”

“Well f*ck you then. Get out of my way. They’re calling my flight-hear that voice? Hear it?”