EXPAT FACTOR | Australian singer/songwriter Bowie Jane is a professionally trained lawyer, with a double degree in Bachelor of Commerce and Bachelor of Laws. For years she lived a double life, practicing criminal law by day before rushing to gigs at night. Bowie Jane now lives in the UK, and is making a name for herself on the UK pop charts. 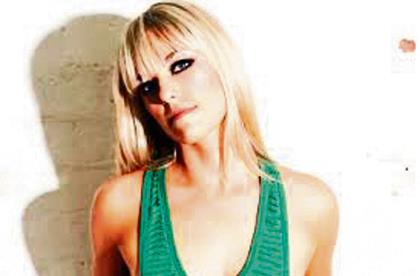 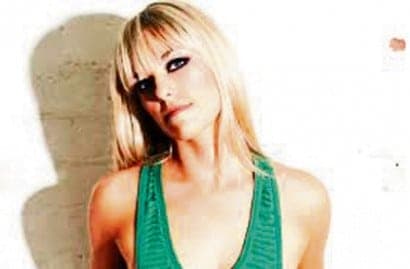 AUSTRALIAN singer/songwriter Bowie Jane is a professionally trained lawyer, with a double degree in Bachelor of Commerce and Bachelor of Laws. For years she lived a double life, practicing criminal law by day before rushing to gigs at night. Bowie Jane now lives in the UK, and is making a name for herself on the UK pop charts.

I moved to the UK in March of this year. I had been living in Sweden working on my songwriting, and travelled around doing gigs in the UK which gave me a taste for life over here. I am back and forth a little to Australia, especially in London’s winter because that is festival season in Australia.

For a long time I was a lawyer by day, and a musician by night. I’m in my fourth year of being a barrister and most of the time it was pretty easy to keep the two secret. But sometimes I would literally have to run from Court to a gig which was tricky. Before I came to the UK I was performing around six nights a week under a different name so the music world didn’t realise I was a lawyer and the lawyer world didn’t know I was a singer. I’m still a registered barrister and I have to do one case at the end of the year because I am part heard.

I’ve always been really passionate about music. Mum and I used to sing harmonies to anything on the radio when I was really young. I learnt classical piano for seven years, and it was a natural progression into the singing world because I loved making sounds. I started doing musical theatre, writing my own music and performing in pubs and bars. Over the years I built up my songs and last year I performed at the Australian Open Tennis Championships on the main stage. It was an unbelievable experience.

I made the UK my home because there is so much going on here. There is so much music, so many different types of music and everyone accepts pop music here! Like any business, to make it in the music industry these days you really need to spend 100 per cent of your time on it. I’m not focussing on law over here so it’s meant I can really focus on songwriting, performing and meeting other people in the business. You pretty much do it all yourself these days — songwriting, producing, social media, meetings, gigs, rehearsals etc. I really love it and it’s definitely what I want to do so it doesn’t feel like work.

I’ve gotten some good coverage in the UK. It’s been absolutely crazy really. In one day, four national UK papers printed a story on me. I had to go back to Australia for two weeks in April because I was part heard in a case — which means I had already heard evidence from witnesses, and had to hear the remaining evidence or the trial would have to be re-started. Two days after I arrived, a story which had been printed in the Daily Mail exploded in Australia. I had every TV station, radio and newspaper trying to contact me — all trying to work out how this double life had remained a secret for so long. It was completely bizarre, and a bit confusing because it happened so quick. Australians were surprised because my song Luv Bomb was 11 in the UK Commercial Pop Club Charts and they didn’t even know I was a lawyer.

In the UK it’s been fantastic getting out to the festivals and performing and slowly building the audience. I love engaging with the audience and I only feel satisfied when I have everyone singing. That’s been my favourite part about performing over the last few months. I’ve just finished doing a radio tour around the UK talking about my new single called Bad Boy. It’s currently sitting at 21 in the UK Commercial Pop Club Charts so stay tuned to see where it goes.

I’m constantly working on my music so a typical weekend would involve either songwriting, or in the festival season, doing gigs at festivals and venues around the UK. Recently I did some songwriting in France which was ace. South of France is so pretty and the weather is unbelievable. Pretty much all my trips revolve around songwriting or performing so there are quite a few trips to Sweden on the cards. I do miss the smell of gum trees from Australia though. I love camping and being in the bush and at the moment I’m living right in the centre of London — it’s definitely different.