Best cheap eats on the go in London

SURVIVING LONDON | From sushi to sandwiches, deep-fried chicken to Chinatown, London has an overwhelming array of ready-to-go food, for those on the run.

by Bianca Soldani
in Expat Life 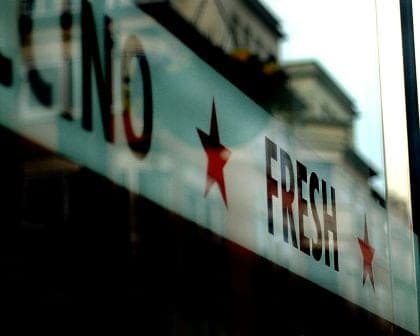 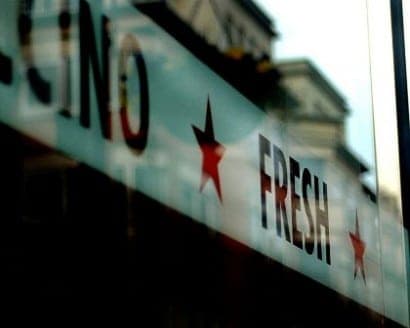 MOST Aussies take a sizeable pay cut when moving to London. It’s comforting to reason that what you lack in funds is usually made up for in the culture and excitement of the big city, not to mention having the rest of Europe on your doorstep. Unfortunately these things do little to console a grumbling tummy when lunchtime rolls around, so finding a good feed that won’t break the bank becomes a number one priority for penny pinching Aussies in London.

What’s great about this city is that there are plenty of chain eateries that sell cheap, ready-to-go food with a more simple and natural approach to the traditional American fast food chains. There’s no excuse for McDonald’s when Eat, PrÃªt and Leon are around! We’re all familiar with their toasted warps and rolls, hot soups, sandwiches and salads which make a great bite when you’re on the run. However, if your heart — like mine — only beats for Asian food, there are only so many stingily served Peking duck wraps you can handle before you start to crave something a little more authentic.

Itsu and Wasabi are the Asian chain take away alternatives at the same end of the scale. I wish I could put in a good word for their selection of sushi, but they really are shrivelled, miserable looking things compared to those big, juicy rolls we’re used to munching on back home. Plus when you add a drink and some wasabi flavoured chips, the price really starts to add up, and I often feel I’d get a better deal sitting down to yum cha for one. That said, when the itch comes in and Chinatown’s nowhere in sight, they’re the next best thing.

If you’re after something cheaper still, make a bee-line for your local supermarket or Boots which usually have a selection of pre-made sandwiches, rolls and wraps on offer. For the ultimate bargain, you can opt for a “meal deal”; it’ll normally set you back around £5 and includes a sandwich of some description, a drink of your choice and a packet of chips or small bag of fruit.

Of course a cold sanga doesn’t appeal to everyone, and there is another warmer option that shouldn’t set you back too much more. London is littered with little takeaway chicken shops that sell super cheap, deep-fried low-grade chicken and chips. Everything is ultra spicy, so it’ll definitely warm your cockles, but I wouldn’t recommend it for the faint hearted. Who needs KFC when you’ve got a PFC (Perfect Fried Chicken), HFC (Halal Fried Chicken), Dixie Chicken, Chicken Cottage or Chicken Palace around just about every corner?

These eateries are usually very small and basic and do attract a rather suspicious clientÃ¨le. However, they’re not so bad if you’re desperately hungry, need a quick lunch and have recently thrown out all respect for your health.

For more information on where to get good, cost-effective grub in London, check out my new book, “An Aussie’s Survival Guide to London”; tackling the little problems for newcomers to London. Available from talktraveltome.com.