Australia’s tech investment black hole: why we are missing out to the UK

Aussie technology start-ups are turning to Britain for capital and new markets due to lack of incentive at home.

by Bryce Lowry
in Expat Life 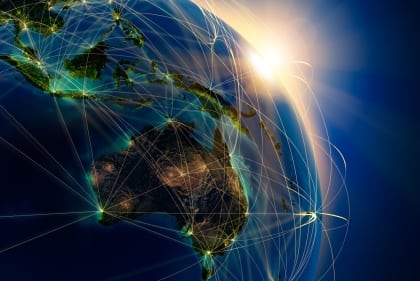 Australia has had a mining boom’ and the best terms of trade for over 100 years. However, despite the positive trends and progress within the investment community, the ability for Australian start-up companies to attract capital is still limited.

Paul Wallbank of Smart Company has labelled it ‘Australia’s Tech Investment Black Hole’. Others such as entrepreneur and Freelancer CEO Matt Barrie have taken to writing to Communications Minister Malcolm Turnbull about the “woeful funding environment in the Australian technology start-up sector.

“We are at the start of the biggest technology boom in the history of mankind – Australia is completely missing the boat, said Barrie.

Now Minister Turnbull has shown his support for ‘venture’ investment and the start-up community by vowing to cut red tape, create a better tax environment and offer better representation. Barrie has suggested that the Government simply offer tax relief rather than funding the venture capital industry.

Here in the UK things are different. The market is much larger and more liquid. And like Barrie has suggested in Australia, the UK Government has enacted policies such the Seed Enterprise Investment Scheme (SEIS) and Enterprise Investment Scheme (EIS) tax relief programs to stimulate early stage investment. The SEIS and EIS programs provide eligible investors considerable tax relief (up to 50%) on their investments and have been successful in encouraging early stage investments in qualifying UK companies.

It is also evident that London is positioning itself as a tech hub’ through the support of the UK start-up community and Silicon Roundabout’.

“London is one of the best places in the world to start and build a tech business. Exciting start-ups as well as international businesses have established themselves in London, drawn by a favourable policy environment, a competitive regulatory regime and the wealth of international talent available across the city.  That supportive climate has seen the sector grow by 28 percent over the last five years and will continue to drive growth in the years ahead,â€‹ Gordon Innes, CEO London & Partners, the Mayor’s official promotional company for London has said.

The creation of positive taxation policy in the UK has not necessarily been through brilliant insight and execution. Indeed, the SEIS scheme was the brain-child of Tom Adeyoola, the CEO and founder of UK technology start-up Metail, who is also often referred to as the Godfather’ amongst the SEIS community.  Adeyoola conceived of the program and happened to live in the same building as a figure of political influence at Number 10. It has been said that over a few drinks at a building party the idea was discussed and the seeds (pun intended) were sown.

Regardless of the origin of the policy, as Matt Barrie has indicated similar incentive schemes would be very welcome in the Australian start-up community. In the interim, Australian companies are seeking alternatives to raise capital and provide liquidity to shareholders. The most public example is Australian tech-darling Atlassian who has recently moved their head office to London in anticipation of a US-listing (after, as some claim, spurning the heavily resource focused Australian Securities Exchange). At the smaller end of town, companies like Rimbal are travelling to the UK to raise start-up funds in order to develop their Australian businesses.

Rimbal is an online financial advisory platform that automates investment advice and allocation for Australian retail clients. Similar to NutMeg in the UK, Rimbal is developing financial services technology for the Australian market.

“The potential for seed’ fundraising in Australia is limited and the UK SEIS tax relief program is an extremely efficient structure to attract start-up capital for Rimbal and our investors, Angus MacNee, the Managing Director of Rimbal said. “We will seek a strategic Australian investor in due course; however, the UK market offers clear advantages at this stage.

Rimbal is currently conducting a crowdfunding campaign through Seedrs as part of their funding strategy.

The potential to attract start-up capital in Australia is improving, though. This is largely being driven by breakthrough companies such as Atlassian, increased angel investor and venture capital activity, globalisation and the cost of starting a company dramatically reducing over the past 5 years.

However, in the interim Australian companies and entrepreneurs are seeking places like the UK to raise capital and access new markets.  This is a positive overall for Australia and Australian companies. However, the more incentive and encouragement that can be provided locally can only result in increased economic activity and benefits in Australia.