Australia is being run by a bunch of girls

POLL POSITION | Girl power has taken hold of the land Down Under where Australian "women now occupy the highest offices in the land". But does this gender shift really reflect what is happening in society?

by Kate Ausburn
in Expat Life 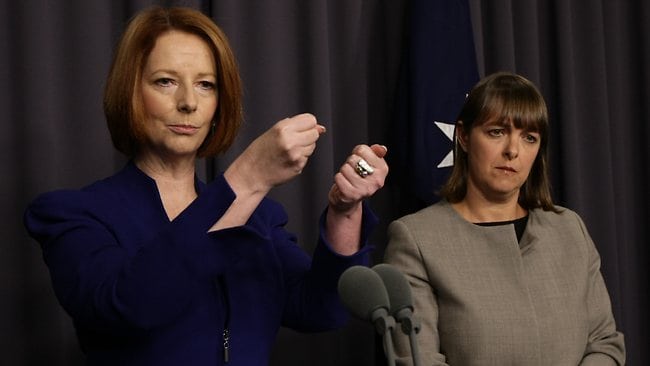 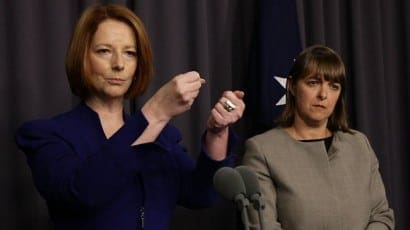 “WOMEN now occupy the highest offices in the land,” said Sydney’s Lord Mayor Clover Moore during a recent public event. She’s right. An increasing number of women are being elected and promoted to the top political jobs in Australia. Julia Gillard is Australia’s first female Prime Minister, Quentin Bryce is our Governor-General, and Moore herself has been Sydney’s Mayor since 2004. We now have a new first, Australia gains its first ever female Attorney-General in Nicola Roxon, formerly the Minister for Health. This comes following Gillard’s decision to reshuffle cabinet members. The reshuffle results in a record number of women who will now join the federal frontbench.Replacing Roxon as Minister for Health is Tanya Plibersek. Tasmanian MP Julie Collins received a promotion too, elevated to Gillard’s outer ministry, to serve as the Minister for Community Services, Status for Women, Indigenous Employment and Economic Development.

In making her announcement, Gillard said: “These women, Nicola, Tanya and Julie, understand from personal experience many of the challenges Australian women face as they seek to build a career whilst having a family.”

“I believe it’s important that Australian women can look at the decision making of their nation and say that their life’s experience is represented there and I believe Nicola, Julie, Tanya, will strengthen our capacity to do that.”

The cabinet is the government’s key decision making body and after Gillard’s reshuffle there are now five women in cabinet.

Government figures put the total number of women represented in our federal parliament at 28.3% of the total members and senators. This is despite the fact that women make up over half of the nation’s population.

Women in Australia are also well educated, in fact, government data shows that more women than men graduate from university with bachelor degrees.

However there is still a major gap in representation between the genders in our nation’s corporate and political world. Women make up just 9 per cent of private board directorships, and around 12 per cent of management jobs in the private sector, according to government figures.

In the political sphere we can see that progress has certainly been made since the first female federal cabinet member was appointed in 1949, but even with Gillard’s reshuffle, clearly there remains a way to go before women are equally represented in our parliament and more broadly.

Gillard’s announcement does offer promise though.

She told media on Monday: “I am determined, being the first woman to serve in this position, as the nation’s Prime Minister, to see women take their full and equal place in our nation’s decision making.”