Australia Day 2016 events around the world

Some of the best Australia Day events around the globe, where you can join the biggest Downunder party in the world.

Aussie expats are scattered far and wide but no matter where they on the globe, they will be uniting to celebrate Australia Day in style.

And just because you aren’t actually in Australia, or even Australian yourself, doesn’t mean you need to miss out on all the dinky-di, true-blue Australia Day celebrations. In fact, partying with Aussie expats is usually more raucous and fun than being Down Under.

So, on behalf every Aussie traveller and expat, we welcome you to join us at Australia Day 2016 events the world over. Here are a few tip-top suggestions:

G’DAY USA is the face of Australia in the States (apart from Chris Hemsworth) and their biggest annual shindig is the Australia Day Gala in Hollywood. At $750 per person for general admission it’s a tad pricey for us mere mortals, but if you do fork out you will be rubbing shoulders with the Hollywood ‘Aussie Mafia’ A-list.

Meanwhile, if you happen to be in Texas there is a rather more typical Australia Day happening. The AACC, Houston Lonestars Australian Football Club and Houston Shooting Stars Netball Club welcome you to their big annual BBQ and sports day on Sunday January 24th.

The ski resort town of Whistler is a favourite winter hang-out for loads of Aussie ski and board bunnies, and on Australia Day it absolutely goes off!

Are you ready for this?…

The Longhorn is apparently where to head for Aussie Day this year in Whistler. The line will start to form at around 8am on the morning of Tuesday, January 26th. They will be playing the Hottest 100 which will also reportedly be streaming at Tapley’s Pub on Monday.

Every year, without fail, the Australian Chamber of Commerce in Shanghai hosts an Aussie barbie at Kakadu restaurant on Australia Day.

Kakadu is famous for proper outback food such as kangaroo, crocodile and emus. There promises to be free flowing beer and wine, kids activities, a Pavlova bake-off, and music from the Shangaroos.

The Australia Society hosts a black tie ball in Tokyo each Australia Day. Guests dress up to the nines, enjoy a four course meal and Australian wine. The 2016 theme is ‘Masquerade Under the Stars’. All the proceeds from this year’s event will be donated to TELL and HEART Tokushima. 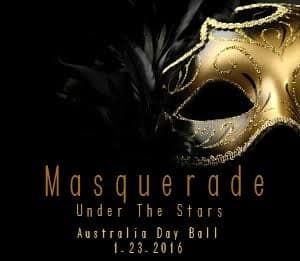 Like their brethren in London, Belushi’s Berlin and Belushi’s Paris are set to host huge Australia Day parties. They will be filling bellies with Aussie burgers, Chicken Parmi, Cooper’s Pale Ale and Bundy Rum. Cult Aussie classic music, the Hottest 100, and live sports will be on all day. 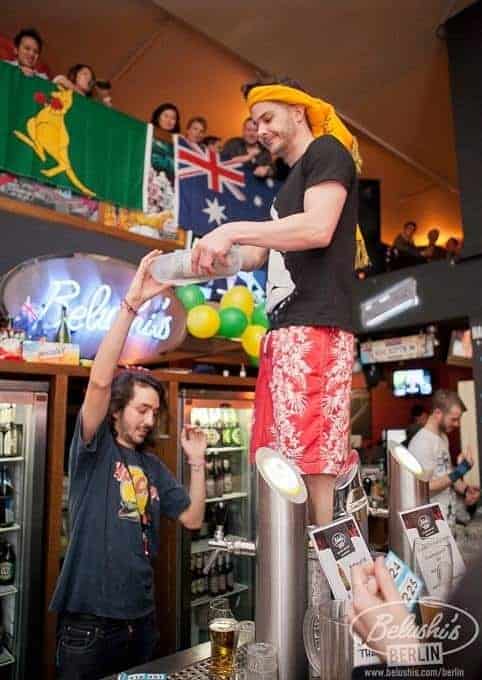 Over in Amsterdam, international Aussie pub-cum-club, Coco’s Outback, host a wild Australia Day. They stock plenty of Aussie beers (Coopers, Boags, VB and more) and will have BBQ platters, chicken parmi, pies and lamingtons. Hottest 100 and a DJ spinning Aussie anthems all day.