AUSTRALIA DAY IN UK | There is no shortage of ways Australians can celebrate Australia Day 2013 in the UK, including at parties being hosted by our favourite pubs and clubs across London town. However, there are also a number of alternative ways to celebrate — with Aussie film classics, music and Aussie comedians helping you laugh your way through the weekend. 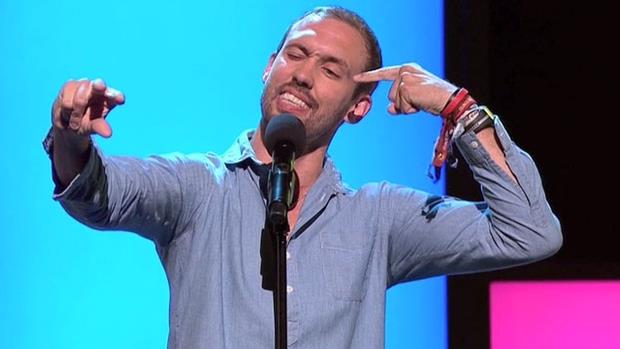 We bring you a list of the best alternative, unusual or sophisticated (whatever your style) activities for the Australia Day weekend celebrations.

Give your laughing gear a workout with Australian Times and The Comedy Carnival at our very special Australia Day shindig.

Catch Australian Comedian of the Year, Big Colin Cole. Joining him is Brisbane’s rising star of the UK comedy scene, Benny Boot, who recently appeared on Dave’s One Night Stand after achieving critical for his Edinburgh Festival show, Set Up, Punchline, Pause For Laughter.

Also on the bill is Melbourne’s Pete Jonas who has achieved wide acclaim in the UK with his show Brokeback Britain, which was about moving here and discovering that it is a bit crap.

The illustrious MC for the night is hilarious Queenslander Andrew Roper.

When: Doors 7pm
Where: The Clapham Grand, SW11 1TT
How much: £14 in advance from ComedyCarnival.co.uk/Australia-Day

The Castle Quote Along @ Riverside Studios

No, you’re not dreamin’ — the Kerrigan clan is back in all their big screen glory at the boys from Bogan Bingo’s screening of Aussie classic The Castle.

Hosted by the Bogan Bingo guys, together with FilmFest Australia and the London Australian Film Society, this Australia Day event, complete with a ‘Kerrigan Chic’ dress code, will be one to remember.

Early bird tickets are £8 and will include door prizes, best dressed competition and an after party at The Distillers Pub.

When: 3pm 26 January 2013
Where: Riverside Studios, Crisp Road, Hammersmith, London W6 9RL
How much: £8 from Facebook.com/boganbingouk

Jetlag Bar is going all out for Australia Day. As well as hosting a live music event that will kick on into the night (see next week), they’re also helping us ease into the day with an Australian movie marathon starting from 1pm in the Lotus Lounge.

With movie snacks from ‘down under’, viewers can kick back and relax through an epic line up of The Castle at 1pm, Strictly Ballroom at 3pm, Muriel’s Wedding at 5pm and Adventures of Priscilla — Queen of the Desert at 7pm.

‘Sunday at the Apartment’ @ Australia House

Having recently celebrated two years of showcasing the best and brightest established and emerging Australian talent in the UK, the quarterly event ‘Sunday in the Apartment’ is now welcoming back its favourite performers for a special Australia Day celebration, supported by Australian Times.

On Sunday 27 January 2013 from 3pm — 6pm Australia House will play host to a wealth of Australian talent, who will entertain guests with a variety of musical styles and creative acts. Usually held in the cosy Apartment in Kettners in busy Soho, ‘Sunday in the Apartment’ will become, for this special event, ‘Sunday in Australia House’.

For more details on the great line up see: Sunday in Australia House Aussie showcase.

Tickets are £40 for Australian Business Members or £50 for Guests. The ticket includes the show itself as well as a drinks reception beforehand with Australian wine and beer.

When: 3pm-6pm Sunday 27 January
Where: Australia House
How much: £40 for members, £50 for guests from AustralianBusiness.co.uk.