Thousands of Australians have gathered in London at events across town to celebrate Australia Day. With music, comedy, and epic Aussie Day parties on at pubs in all parts of London, it was hard to escape the festive spirit. 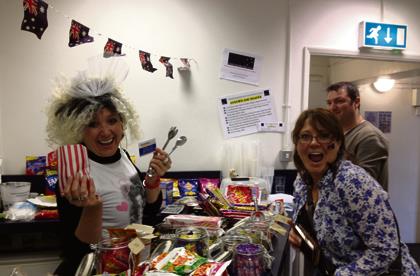 WELL, there it is. The party is over for another year. The green and gold has gone, and London has returned to its usual grey. The last stragglers have fallen out of Walkabout Shepherd’s Bush, the blow-up kangaroos have been deflated, and the Aussie beer specials are over. Across the city, thousands of Australians gathered on 26 January to acknowledge our nation and pay tribute to our history.

Well, some of them did. Others just used it as an excuse to eat as many vegemite sandwiches as possible and make the most of specials on jugs of Snakebites, all to a soundtrack of Triple J Hottest 100 in the background. Pubs all over London helped Aussies celebrate in style, hosting Australia Day parties that kicked off early in the morning (8am in the case of Walkabout Shepherd’s Bush) and lasted well into the night.

Over at the Larrik Inn in Fulham, festivities kicked off at 11am, with a traditional Aussie BBQ keeping the masses fed, and Aussie beer specials keeping them well watered. As sponsors of the Putney Magpies AFL team, the boys were there in full force, participating in Larrik’s annual vegemite eating competition with gusto.

The Underdog at Clapham Common hosted an epic party, with a £50 bar tab being won by the ‘best dressed icon’ of the day. All the proceeds from the £5 entry went to the Australian Bush Fires Appeal.

Back in Hammersmith, the boys from Bogan Bingo hosted  The Castle Quote Along film event, so successful we’re sure it will become an Australia Day in London institution. With the dress code ‘Kerrigan Chic’, there were more flannies, stonewashed jeans and big hair than a typical Saturday night in Dalston Junction.

The after party at the Distillers helped the festivities continue, with the Bogan boys adding their own touch of class at the DJ decks.

Comedy was also on the menu this Australia Day, with some of Australia’s best comedians warming up the crowd at Clapham Grand’s Comedy Carnival. Featuring a broad range of comedic styles, sharp one-liners and unconventional comedic delivery were the order of the day.

The celebrations didn’t stop on the Saturday however, with Australia House playing host to a special Australia Day themed Sunday in Australia House event. Hosted by Nick Hardcastle, guests were treated to a showcase of established and emerging Australian talent here in the UK. With eclectic musical acts including a number of West End performers, a fantastic performance from electric violinist Jane Cho and an opera piece from Chole Angel, it was an excellent demonstration of the many faces of Australian talent making a name for themselves here in the UK. A highlight was the Bogan Bingo boys leading the entire crowd in a slow motion silent cheer to the soundtrack of Chariots of Fire for the winner of the £750 Westfields voucher in the raffle.

Topped off with the performers leading the crowd with a melody of Australian songs, from the Waifs ‘London still’ through to ‘I still call Australia home’, it was a fitting end to another successful Australia Day in the UK.

It wouldn’t be Australia Day without the Triple J Hottest 100 Countdown. With a record 1.5 million votes being submitted, the nation spoke.

Let us know your Australia Day stories below.