Are we all technology addicts?

HONEYMOONING NOMAD | When confronted with nine days of no internet, our honeymooning nomad was forced to reassess the true value of technology. 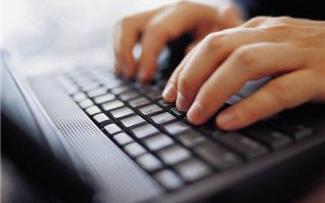 THOMAS Watson, president of IBM during the dawn of the computer industry, foolishly stated that there was a world market for maybe five computers… Seventy years later, isn’t it amazing how much we have grown to rely on computers and the internet?

Having recently moved house we were faced with the delays of having to install broadband, phone lines and TV licenses along with setting up new gas, water and electricity accounts. And not having internet at home seems to have somewhat diminished our productivity and increased our personal interaction. Last Friday we played a game of Monopoly… the real thing with a board, Monopoly cash and pieces.

After more than a week of internet withdrawal and spending time enjoying each other’s company, we are all secretly breathing a sigh of relief to hear that our service provider has finally managed to remotely flick the switch which will allow us to easily gain access to emails and social media, look up pointless facts on IMBD and Wikipedia, order our groceries, shop for a birthday gift, send a ‘get well card’, order flowers, pay our bills, organize our banking, share photo albums, catch up on TV that we have missed, look up a new recipe for dinner, sell a car, look up the number for the local electrician, call our friends down the road, call our friends across the world, organize our summer holidays, blog, tweet, pin, poke, like, comment, post…

How did we do it all without the internet?

Did we really go into the bank to organize foreign currency? Did we really post a letter with a stamp? Drop around to a friend’s house to catch-up? Use the big bulky Yellow Pages? Go grocery shopping? Arrange a holiday through a travel agent?

I recall doing all of these things no more than five years ago and it amazes me how much has changed since. What will we all be doing in another ten years? What will our grandkids think of the “good old days”!?

Sometimes I feel that our lives are becoming more cluttered and faster paced. Living on the other side of the world from my family, Skype should make it easier to connect, but I rarely have the time to do so.  Rather than sitting down to read a good book I am checking work emails, personal emails, Facebook newsfeeds, travel tweets, world news, Australian news, London news, Skype and Pinterest on a regular basis throughout the week. When catching up with friends almost everyone will check their phones and Facebook newsfeeds more than once. We just can’t help ourselves. Even the Pope Francis has a Twitter account!

I am more connected, but feel less inclined to actually connect with people.

While technology has made life somewhat more efficient, bad habits are being picked up along the way. Some might say there is nothing to do but get on board and go with it but I disagree.

In a bid to break my bad technology habits I will endeavour to return to basics when I can. Like go to the supermarket to shop for groceries, flick through a cooking book for a recipe, visit a friend, go see a live band and write a letter to my Nana.

Sometimes it should be all about stopping to smell the roses…